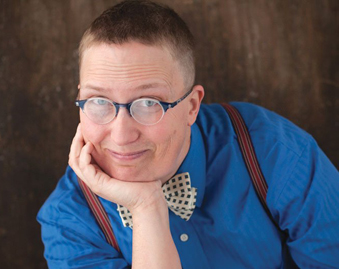 Blogger Tova Benjamin interviewed Frum Gay Girl’s Goldie Goldbloom, who she looks up to. Goldie works to create safe spaces where queer Jews can connect, share their stories, and exist outside of a community that wants to ignore them. 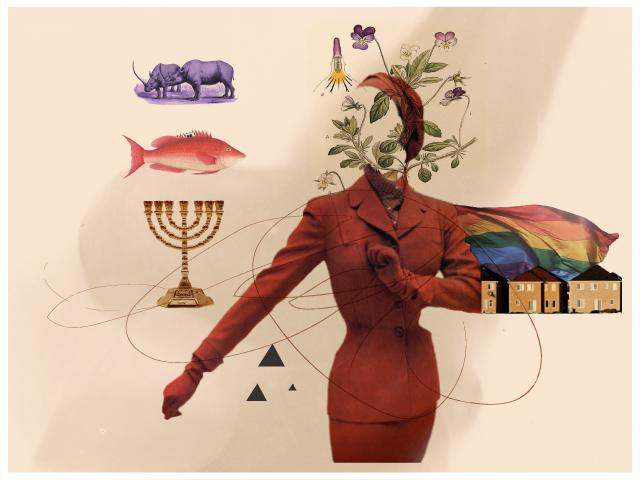 I first met Goldie Goldbloom when I was in fourth grade. She was sitting behind me in synagogue and touched the sleeve of my sweater, saying, “What a beautiful cardigan!” It baffled me at the time; I didn’t know what the word “cardigan” meant.

I started this interview by asking Goldie if she remembered the first time she met me, and she had a different memory. It was during Sukkot and both my family and her family were eating a festival meal at a neighbor’s sukkah. I was just a baby, but Goldie said she remembered looking into my eyes and making some gesture about the food being terrible and the world being corrupt, and she says I looked at her from my mother’s shoulder in a way that suggested, “Well, at least there’s a shoulder to lean on.”

Though she was a fixture in the Chassidic community I grew up in, I didn’t have another conversation with Goldie until I was well into my teens. I was beginning to stray from the Chassidic traditions, and Goldie had just come out as queer, something our community could not tolerate. I found Goldie’s home to be a sanctuary where I was always welcomed into a loving family of writers, big hearts, and outcasts.

In addition to being an incredible inspiration and making the best Shabbos meal you’ve ever had, Goldie is the author of several wonderful books, including The Paperback Shoe, which won the AWP Novel Award, and the short story collection You Lose These. This year she received both the National Endowment for the Arts and the Brown Foundation Dora Maar Fellowship. Though I had lots of questions about the many, many writing projects Goldie is involved in, we spent a good portion of our interview talking about the community we came from and why her work is so essential. Most importantly, we talked about her blog and soon to be book, Frum Gay Girl, where she collects anonymous interviews with Jews who are secretly queer in their ultra-Orthodox and Chassidic communities.

I’m just going to jump in and talk about Frum Gay Girl here. I was interviewed for your blog in its early days, and I know since then you’ve gathered the narratives of secretly queer Jews—some from our community, but many from various different Chassidic sects. I want to talk about the necessity for secrecy for those who aren’t familiar with the social customs. Why is it so necessary that these stories remain anonymous, and how do you respect the identities of the people who speak with you?

That’s really several questions in one.

Do you want to begin by talking about how Chassidic communities function?

Sure. Chassidic communities function in a very Eastern sense. The individual and the individual’s rights and needs are not as important as the needs and the rights of the community as a whole, and in a smaller sense, the family. Most North Americans are more familiar with the Western value of individuality. Both cultures have long histories and both deserve respect, I want to say that upfront, because it is easy to judge when what you hear or read doesn’t fit your worldview.

Chassidic communities tend to do a lot of policing for homogeneity, because, as I said, the primary value is community rather than individual. And as such, differences in dress, speech, belief, and education aren’t typically welcomed. This is a generalization and like all generalizations there are exceptions. But as a general thing, within Chassidic communities, you could expect to see many people dressed in highly specific and similar ways, many homes which are the same in fundamental ways, and schools and communal organizations that reinforce that sameness.

Continue reading on The Hairpin