An American Bear in the Middle East. Was his travel to Tel Aviv and Jerusalem safe? In one word: Yes! “I will continue to tell of my love of Tel Aviv, the beach, the men, the food in future posts on here,” writes Adam Dupuis. Read his blog. 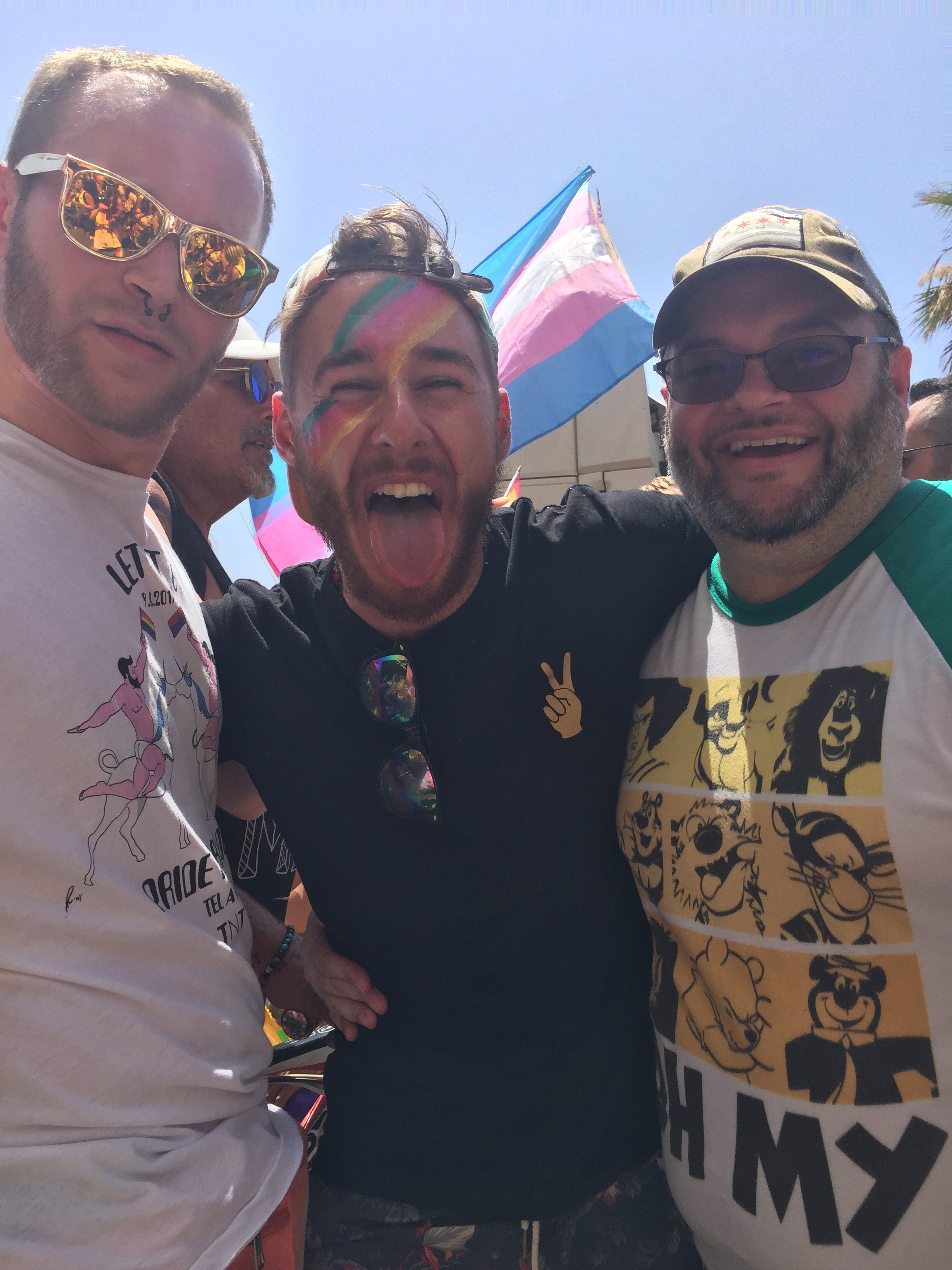 When I was planning my trip to go to Tel Aviv Pride, my family did not have mixed feelings about my possible journey . . . they were all against it. I only heard three phrases from all of them. “Why are you going there?”, “It’s not safe.”, and “I don’t think you should go.” Parents, siblings, cousins, other relatives … none of them had anything positive to say about my upcoming trip to Israel. I listened to them, didn’t argue, and told them I was going. “But I was going to the Dead Sea and Jerusalem, too” statement meant nothing to them.

Things happened, the trip was cancelled, and my relatives were all very happy. “Oh good,” my mother exclaimed. But then, a month later, the trip was back on, mom was upset, and I had to rearrange all my vacation time to make this happen. I wasn’t going to lose out on what would be a trip to remember forever.

As the departure date came closer and closer, mom kept asking if I was seriously going. She cares, but I also believe she has the same mentality about Israel that many Americans may still have. I say still because it’s an imagery that is about 20 to 25 years old. It’s a bad visual of Israel, a nation with checkpoints every 3 miles, tourists and citizens needing to have their passports ready to be examined all the time, guns and violence on every street corner, a run-down, third world country surrounded by barbed wire and enemies, with buildings falling apart, and poverty more prevalent than ours.

Getting on the plane from Fort Lauderdale to New York, I started to wonder what I would find over there. I knew the American 1990’s mentality was not true, but what would I find. And how would I manage as a gay man over forty and a forty-inch waist. Of course, I was going during gay pride and there are all type of men that like all type of men at pride events. I wasn’t totally worried.

The security in New York seemed simplified, stress-free, and very easy. 30 minutes before we entered Israeli air space, we all had to be seated and remained seated until we landed. A simple request, nothing major. The journey was off to a good start.

Landing at Ben Gurion Airport, of course the first guy to catch my eye was a smoking hot Israeli soldier. I wanted to throw my hands up and yell security! If there were going to be soldiers everywhere, would they all look like this? The answer is yes. they. did. Entrance into the country was nothing grand, just have your papers/passport ready and all will go smoothly. Continue reading (and see the many pictures) on Instinct Magazine