Gay Israeli singer Amir Fryszer Guttman announced Thursday that he is suffering from lymphoma. Guttman expressed optimism regarding his chances of recovery in a statement to the press, as well as gratitude for the support he has received from his loved ones and the Israeli public. 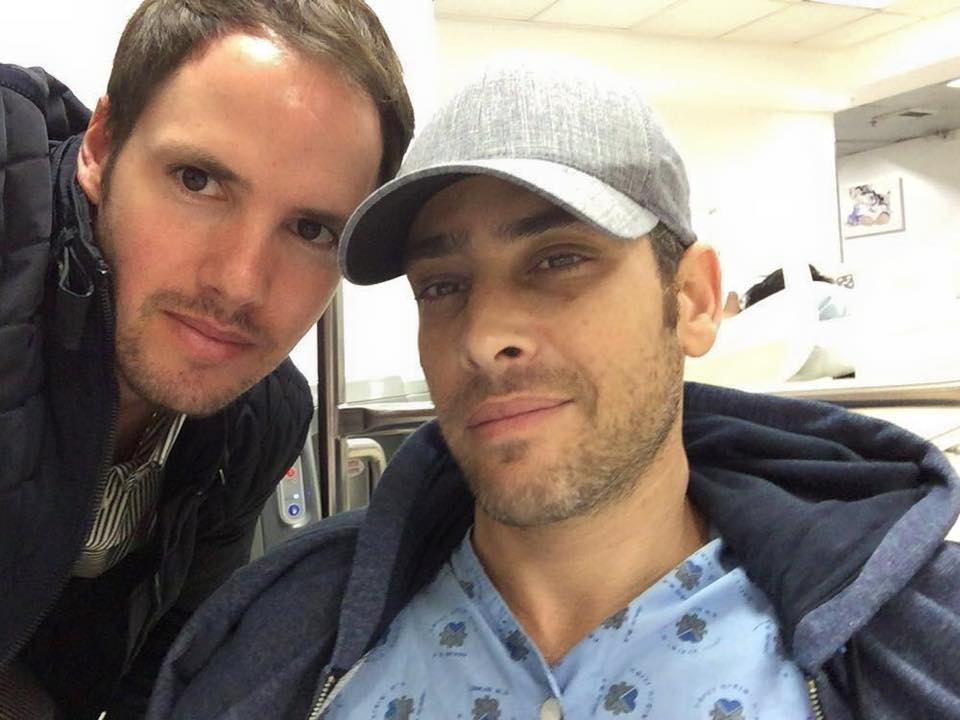 Amir with husband Yanay at the hospital (photo: Facebook)

After weeks of uncertainty regarding his health condition, Amir had to stop rehearsals for the upcoming reunion concert of Hi Five and was hospitalized on March 16. After a series of tests he was diagnosed. Fryszer-Guttman was transferred to the hematology/ oncology department and began to receive intensive medical treatment.

Following Amir’s hospitalization, the production of the show announced that the reunion concert was postponed for two months. The new date was set up as June 4, 2016.

“I received the diagnosis and I’ve learn to deal with it,” said Amir Fryszer-Guttman in a statement Thursday. “I’m a believer and an optimist towards the journey ahead. I would like to thank my husband Yanay and my family for the support and to the people of Israel for the encouragement, the get-well-soon greetings and the love I’ve gotten over the past few weeks. I’m asking to now concentrate on getting my health back and thanking the medical team for their devoted care. I believe that together we will win.”