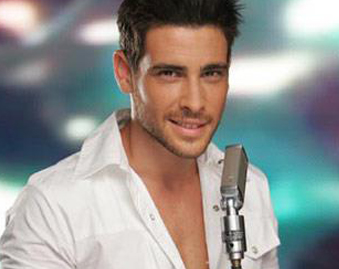 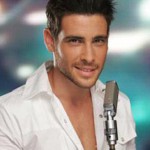 Amir Fryszer Guttman (Amir Fay Guttman) is a singer and a personality, who was the lead singer of Israel’s biggest boyband of all time, Hi Five, in the late 1990s.

Born Amir Fayger,  after his parents divorced he shortened his name from the original and added the name of his mother’s family, many of whom perished in the Holocaust. Fay-Guttman began his career as a journalist and model. After  military service he joined an entertainment group in one of the hotels in Eilat. In 1996 he passed the auditions of Hed Artzi record label and was selected alongside Eyal Shachar, Michael Harpaz, Idan Yaskin and Eyal Dessau to join  boyband “Hi Five.” Until its dissolution in 2000, the band recorded three albums that reached gold status and  performed hundreds of times, launched countless products and merchandise and won the title Best Group for three consecutive years.

Right after the members of Hi Five  parted ways, Fay Guttman released his solo debut album called “Mantra”, and has participated in several musicals, including “The Ugly Duckling” (2000), “Hansel and Gretel” (2001), “Speed and Wheels of Magic” (2003) and “Peter Pan” ( 2004). He played lead roles in the most successful stage musicals, “Mary Lou”, alongside Yael Bar Zohar, and “Halehaka”  with Shiri Maimon. Over the years he was also based behind the scenes, and took part in the choreography of the all-girl pop band “Hamsa”, directed the David De’Or Israeli entry for Eurovision, and the show “GaGa FM”.

In May 2007, along with his second album, “Honey Hives,” Amir Fay Guttman came out of the closet publicly, in a cover story in the Israeli newspaper Yedioth Ahronot.

Since his coming out, Fay Guttman  became an influential figure to young gays in Israel and Europe. In August 2008, he was invited to perform in one of the major parties after Amsterdam’s Gay Pride. The song “Once again,” which he performed there, was written and produced by Amir together with DJ Yoav Arnon, in front of an audience of 100,000 people. Later came Fay Guttman’s third album,  ” I Feel,” which was followed by a role in the successful Telenovela “Bubot” (‘Dolls’), and another director gig- this time as an assistant director of the Israeli version of the international hit musical “High School Musical”.

In March 2009 Amir participated in the reality show “Big Brother VIP,” which turned him into a public speaker for many LGBT issues, reflected both in his ability to talk about equality issues with other contestants on the show who oppose homosexuality, and with his partner, Yanai Fryszer,  to talk about their desire to get married. On September 9, 2009 Fay Guttman married Yanai Fryszer in a ceremony which  was conducted by actress (and gay icon) Gila Almagor and changed his name to include Yanai’s last name. The couple’s wedding was the first same-sex marriage of a public figure ever made in Israel. Later on that year he joined the judges panel of the Israeli “Dancing with the Stars,” in its fifth season.

In August 2010 Fryszer Guttman was invited to appear with the Israeli DJ Yoav Arnon at the Gay Olympics opening ceremony, which was held that year in Cologne, Germany. Fryszer Guttman and delegation appeared in front of tens of thousands of people who participated in the Olympics, and the performance was a great success.