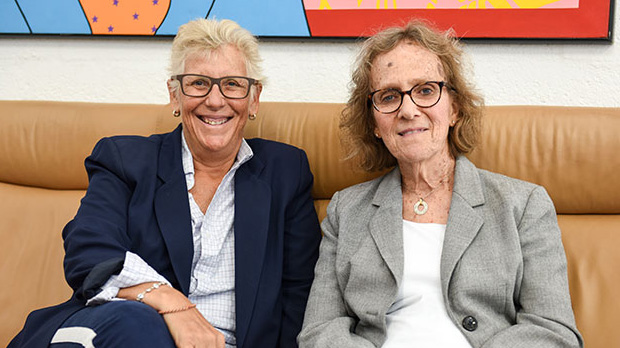 Cindy Brown, manager of the Lambda Living senior program, participated in A Wider Bridge’s Leadership Mission to Israel in June. A month later, she launched one of her biggest projects to date, the affordable housing initiative for LGBT seniors. In a special event that was held to launch the project and was covered this week by South Florida Gay News, Cindy spoke to open house attendees on the challenges LGBT seniors face today. 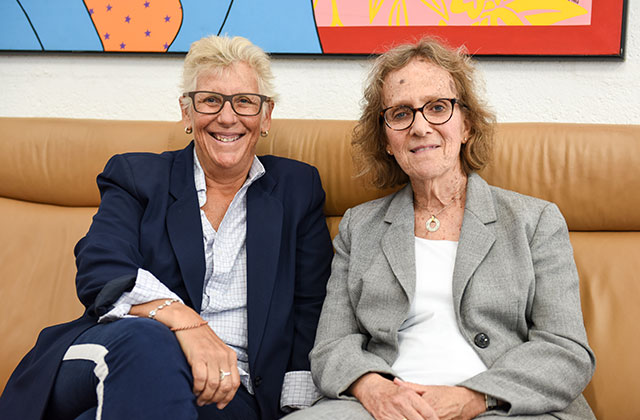 Hector Zuazo and Robert Medina are happily married, a commitment made in Toronto, Canada 11 years ago because marriage equality had yet to pass in the U.S. back in 2006.

Today, in their early 70s, the couple is thinking of their future, one that includes aging in a community where many LGBT seniors do not have spouses or children to take care of them in the latter part of their lives.

Zuazo, a retired teacher, and Medina, a former system technician with AT&T, decided to start an elderly gay organization that will look out for LGBT seniors in their old age. Hence, Lambda Living, an affordable housing initiative for LGBT seniors, was born.

On Wednesday, July 26, North Miami city leaders and community members came out for the launch of the project in an open house setting near Edgewater. There, Cindy Brown, manager of the Lambda Living senior program, and Fred Stock, president and CEO of Jewish Community Services, spoke to open house attendees of the challenges LGBT seniors face today.

“Not only are older LGBT people confronting the traditional challenges of aging, they are also encountering issues particular to the LGBT community,” Brown said. These challenges include lack of support and caregiving; greater likelihood of living alone; higher rates of poverty; and cultural and social isolation. Continue reading on South Florida Gay News