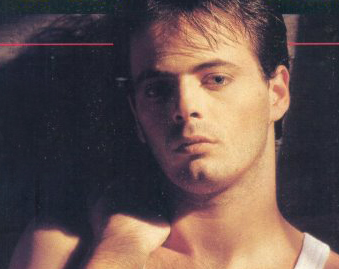 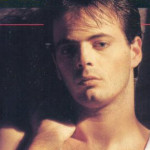 Adam was born and raised in Acco under the name Haim Cohen. He attended “HaTomer” and “ Darksy” school, then moved to Haifa. He lived in Tel Aviv for about thirty years of his musical career, after which he returned to Haifa, where he lives today.

Adam earned his exposure at the Eurovision contest in 1985, where he was a dancer and a backup singer and accompanied Izhar Cohen with his song “Ole Ole ” which represented Israel. The urban legend has it that while singing in the Israeli delegation’s bus, then-famous singer Ilana Avital, who was married to mega-producer and manager Shlomo Zach, saw the potential in Adam and convinced her husband to sign him.

Adam’s singing career began in France in early 1986 under the stage name  “Cris Life”. He recorded three songs in English: “Gypsy Lady”, “Living Alone” and “No More Light.”  Then he returned to Israel and began recording his first album  “Sod” (‘Secret’), which was produced by Izhar Ashdot, who also arranged and composed seven of the nine songs on the album and played all the instruments in the recordings. Adam’s first song, “Ein Motza”  was the Hebrew translation of “No More Light” and became a mega hit in Israel. It was followed by two more massive hits: “Sod” (title track) and “Nose’a Rahok” (‘Traveling Far’). The album sold double platinum by 1987 and Adam became an overnight success- probably the most commercially successful male solo artist in the history of Israel.

In 1987 and 1988 Adam was named “Favorite Male Singer of the Year” and his song “Mitzta’er” (‘Sorry’) was selected as Song of the Year in 1988. He won the Festigal- Hanukkah’s traditional musical competition- for four consequtive years. By the end of 1988 Adam became a sex symbol and was followed by dozens of female fans wherever he went. He publically divorced his wife after 5 months of marriage. Being single was even more appealing to his female audience.

At the beginning of the 1990’s, Adam expressed an interest in going back to the Eurovision Song Contest to represent Israel – this time not as a backup singer- but as the lead. He tried twice to compete for the honor at Israel’s Pre-Eurovision competition: in 1991 with his song “Yahad Na’amod” (‘Together We Stand’) and finished in 2nd place. In 1993 he performed “Ad” (‘Forever’) in the pre-Israeli selection and finished 3rd.

After a few years of “disappearance,” where Adam did mostly acting and musicals, and after a lot of rumors about his sex life, he publically came out as a homosexual in 2007. In 2009 he released three singles which didn’t grab a lot of attention.  According to his website, the album marked Adam’s “commercial suicide” because he deliberately decided to make an album which was less commercial and more personal. He was tired of the intensity of the things that happened to him and needed his quiet time. In 2010 a documentary film about Adam was released, called “Haim and Adam”  directed by Miri Perlman. The film follows Adam for four years , including  his work on an  entertainment boat , his separation from his then-boyfriend Yanir , and a visit to the grave of his mother.