Etai Pinkas, a social and environmental activist in Israel, came to New York’s Hofstra University in February to discuss his role in LGBTQ+ issues and sustainability practices, as well as to talk about activism in an event sponsored by Hofstra Hillel and Intercultural Engagement and Inclusion. 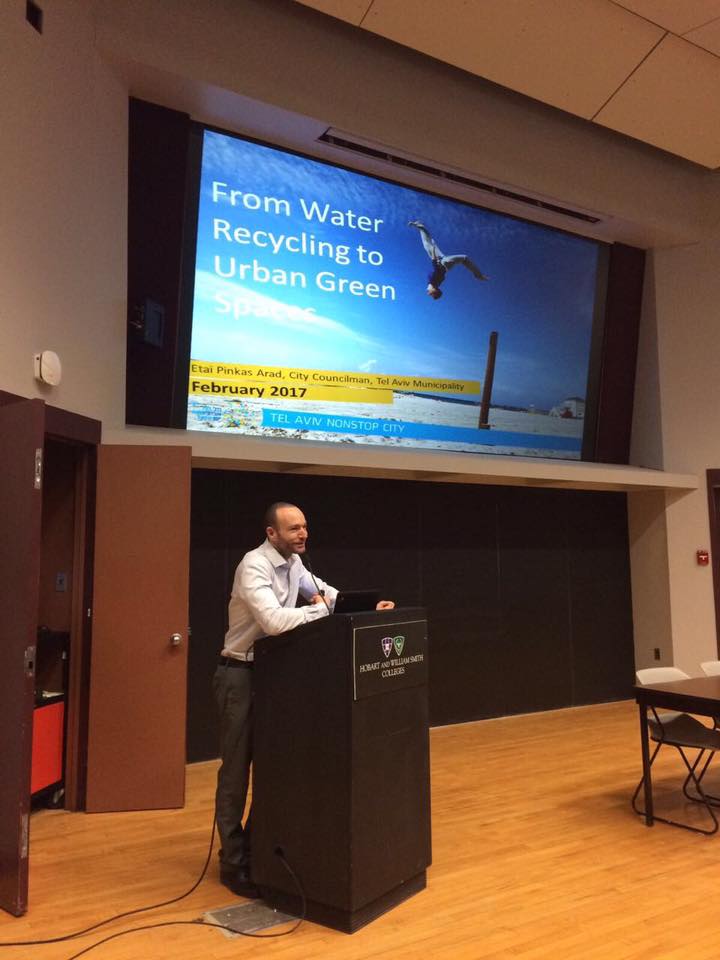 Etai Pinkas made the event informal; he sat in a chair at the front of Plaza Room Middle with the attending students gathered around, and talked about the struggle for LGBTQ+ equality in Israel, as well as his life and his work.

Pinkas – named one of the 100 most influential people in Israel – wanted to be involved and engaged with politics since he was a child living in Tel Aviv.

He worked to bring some light and humor to serious issues and had the audience laughing at various points during the event.

“Growing a little bit older, in my early teens – 11, 12, 13 – I realized I wasn’t going to be straight. I didn’t know exactly where I was going to end up, but I knew straight wasn’t the case, and since we’re talking about the 80s, being gay was still illegal,” he explained. At that time in Israel, being gay carried a 10-year prison sentence.

He continued, “I pretty much realized that being gay and getting a political office was not going to work together, and I gave up this idea, this dream I had to engage in leadership.”

Continue reading on The Hofstra Chronicle