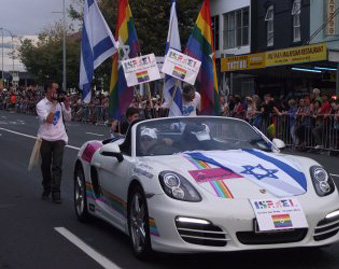 A veteran political activist has hit out at the Israeli Embassy’s presence in Auckland Pride Parade, and is urging attendees to give those joining their float “a hard time.” 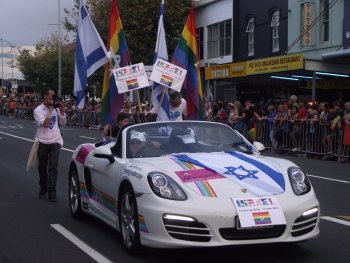 “If you are going to the Gay Pride Parade in Ponsonby… watch out for the young Israeli contingent taking part,” John Minto wrote on his Facebook page yesterday.

The high-profile protestor claims they are involved in the parade “as part of a global political propaganda offensive to try and improve Israel’s image internationally” and urges viewers to give them a hard time.

Blogger Martyn “Bomber” Bradbury has also panned the Embassy’s place in the Parade, saying it’s “like awarding Vladimir Putin a Nobel Peace prize” and that it’s “ugly and disappointing of the Auckland rainbow community”.

GayNZ.com Daily News attempts to speak with the embassy’s spokesperson for its response have been so far unsuccessful, but the embassy has said earlier that it will be participating “loudly and proudly,” wearing t-shirts which say “From Israel With Love.”

However, Pride Parade director Richard Taki this morning says that he is happy with the Israelis’ presence. “It’s important that there is transparency around why people want to be in the parade and that applies to all our participants,” he says. “We have guidelines and rules which stipulate that there be nothing in the parade that is discordant with the rainbow communities. As far as I am aware their entry complies with that.”

Being homosexual or having same-sex intimacy is not a criminal offence in Israel. The nation has its first elected openly gay Member of the Knesset (Parliament), Nitzan Horowitz, but he has recently attacked the Israeli Prime Minister for using Israel’s stance on legal homosexuality as ammunition to berate Iran. Horowitz says PM Benjamin Netanyahu does not acknowledge or support glbti people sufficiently in his home country. 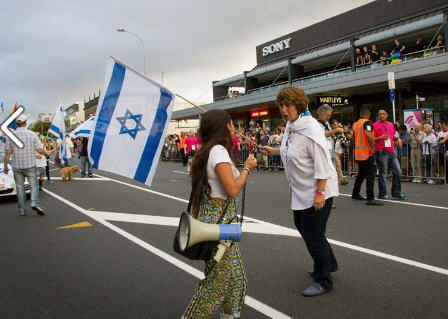