A little more than a week after the death of Shulamit Aloni, the leftist firebrand who fought for equality and civil rights in Israel, a local gay rights activist is proposing a special tribute to her.

Dror Mizrachi, chairman of the Meretz party’s gay forum, wrote a letter to Tel Aviv-Jaffa Mayor Ron Huldai to recommend that the city’s LGBT community center be renamed for the late leader, Channel 2 reported on Monday.

The community center in Meir Park has for years served as a hub for Tel Aviv’s and Israel’s LGBT community.

“Aloni’s life is intertwined with many landmarks of the revolutions she sparked, among them eliminating the archaic prohibition against homosexuality in 1988,” Mizrachi wrote. “Aloni was also beloved among the LGBT community and blazed a trail for many of its members in public life.” 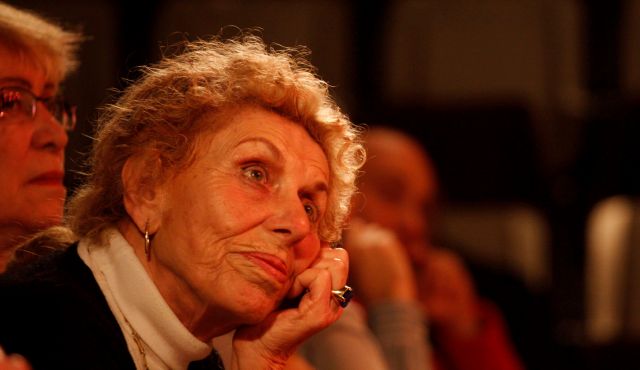