Imri Kalmann, co-chair of the Aguda reflects on a year in the job as one of the leaders of the Israeli National LGBT Task Force organization, just before the ending of the current Jewish Year. Imri also takes part on A Wider Brunch, A Wider Bridge’s inspiring talk show event this Sunday in San Francisco. 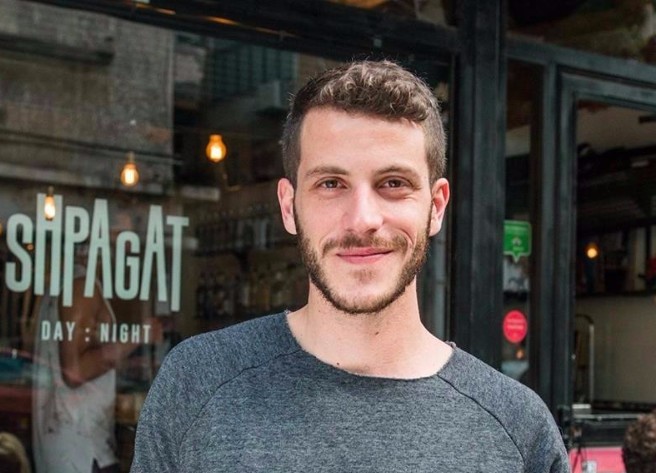 A year ago in August I went on the road for a week; the first project that I initiated as part of my role as co-chair of the Aguda. During this trip we tried to meet as many people as we could, and hold as many meetings at as many places as possible. From Kiryat Shmona in the North to Dimona in the South, we met with lesbian, gay, bisexual, transgender, and straight people and those who don’t want any of these definitions – and others who want all of them. We tried to understand how this community of ours looks and what matters to its people. We felt we couldn’t formulate the vision of the organization we lead without embarking on this journey. That journey has been going on for over a year and is far from over.

The actual trip ended at the Jerusalem Pride Parade, and with the news of the murder of Shira Banki. We found ourselves standing for the first time on a stage in front of thousands of people, interrupting a speech to announce to the angry audience that a Knesset member who won’t commit to standing beside us in our struggle for equality will not be allowed to go on stage.

This year, Chen Arieli and I have gotten much closer. Our joint role has turned us into friends and family. I fell in love with the co-chair model and fell in love with Chen. Together with the members of the Board, with a new CEO, and with many friends and partners, we began to revive dormant departments and launched new projects like the LGBT asylum seekers aid plan, grants fund for LGBT initiatives in the periphery and the digital department.

We filed a marriage equality lawsuit with the High Court, launched the Pride administration and turned the Tel Aviv Pride theme into a democracy choice. We have warmly adopted the theme ‘Women in the Community’ and tried to promote women in every area we touch. We produced the first ever LGBT Community Day in the Knesset and organized the rally after the fall of the six pro-LGBT bills. Following the colored-plane story we threatened to cancel the Gay Pride Parade in Tel Aviv and entered into successful negotiations with the Ministry of Finance to increase the Community budget, which we’ll start to see very soon, God willing.

We’ve responded to many serious LGBT-phobic events, we gathered information, published reports, filed dozens of complaints and letters, drove a TV program to apologize on prime time, and we led a popular demand to fine them. We met with representatives from dozens of companies and public organizations, from Holmes Place to the blood bank, who took responsibility for LGBT-phobic cases occurring in their sector. They all committed to improve and strengthen the cooperation with us in the future and in this sector. Further developments are expected in the private sector as well.

We filed dozens of complaints to the police for incitement and demanded that the political system and the Ministry of Defence renounce the words of a pre-army preparatory yeshiva rabbi who incited against us. This was the one who bragged about removing LGBT activities from Army Training Base 1. We met numerous partners, Members of Knesset, mayors, rabbis, councilors, heads of organizations, public representatives, international organizations and donors.

We have faced, and continue to face, organizational, financial and bureaucratic challenges. It turns out that managing an organization is complex, expansive, and draws many energies. It will be best for the community to expend fewer resources setting up new associations, and instead improve the work of the existing ones. On all of these things we’ve talked and lectured in the past year to dozens of groups, delegations and guests.

Eighteen months ago, I attended a panel on sexuality and I was asked, not for the first time, “Why do we need the Aguda?” To be honest, I didn’t know how to answer this question then and I said, perhaps irresponsibly, that if we find it is not needed we will be the ones to sign on its dissolution documents. Hastiness of the devil.