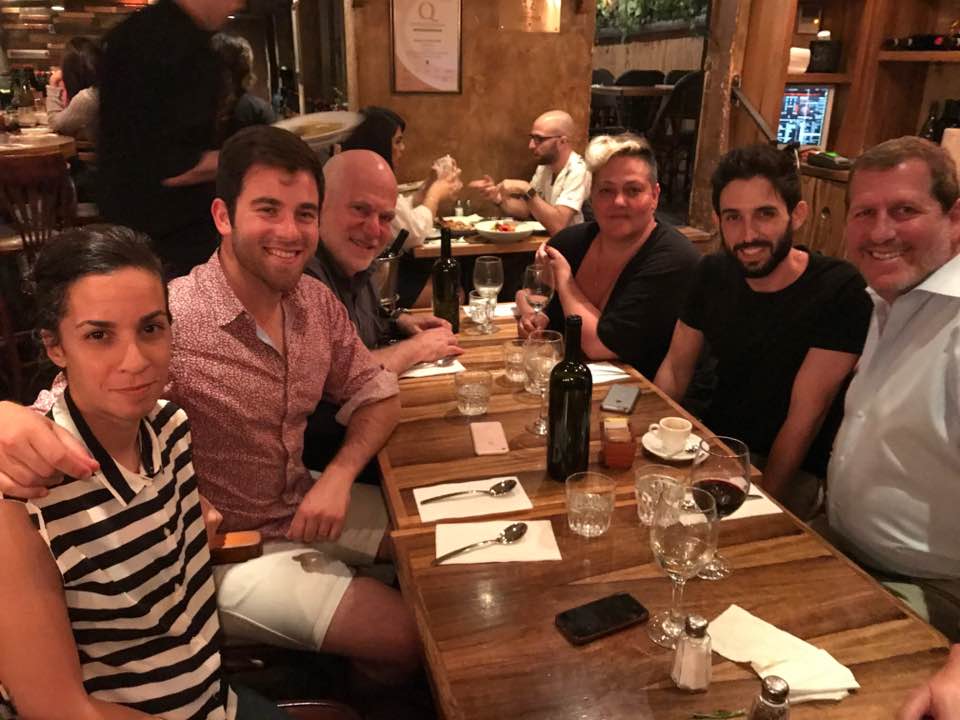 A Wider Bridge engages LGBTQ leaders in politics, entertainment, government, and advocacy to participate in 10-day missions to Israel to experience the country through an LGBTQ lens. Through shared experience, the trip connects modern Israeli and LGBTQ life with the ancient roots of its people. The 10-night journey starts in Tel Aviv, and continues through Haifa, Nazareth, the Galilee, the Golan Heights, Jerusalem, the West Bank, and then back to Tel Aviv for the all-famous Pride parade.

Prominent figures taking part in our trip this year include Evan Wolfson, founder and leader of The Freedom to Marry, who’s already in Israel in a series of talks to promote civil marriage there, writer and comedian H. Alan Scott, whose trip to Israel is a part of a documentary , and Muslim LGBTQ activist and writer Nadiya Al-Noor, who has expressed support for Israel and for a fruitful relationships between Jews and Muslims many times in the past.

“I have never been to Israel and there is so much that I am looking forward to,” says Cindy Brown, a queer woman who runs Lambda Living for LGBTQ seniors in Miami. “The historical sights are certainly something that will affect me deeply. However, I am most excited—and maybe that isn’t the right word—to experience the Israeli way of life. I feel Americans tend to be isolated from many of the global issues that most of the rest of the world deal with.

“I want to see the West Bank and the refugee camps and how Israel is dealing with the Syrian Refugee crisis. I want to be able to come back and honestly reflect to my community the realities of life in an area that has been longing for peace for so long. And, of course, I am looking forward to the food!”

Jackie Rednour-Bruckman, a genderqueer jew who’s the Executive Vice President of  Good Vibrations in San Francisco, is also join the trip, as part of his fascination with Middle East studies and with the Hebrew and Arabic languages. “I wanted to come on this trip because I wanted to see for myself what Israel is and physically feel what it means to me,” Jackie says. “It’s been a lifelong dream to come here and I know my Grandparents are smiling down on me as I make this journey. I have been a life long activist and social justice educator and have participated in political movements and struggles here in the States with groups like Marriage Equality and LGBTQ Foster Youth and Transgender rights. I want to bring and share that energy with folks who are working on the same efforts in Israel and form bonds. I am thrilled for this opportunity and mission.”

Together with other participants from New York, West Hollywood, Miami, Philadelphia, Sacramento and San Francisco, the participants of this journey will relive Israel’s history – from the ancient walls of Jerusalem to the modern State of Israel. They will also meet organizations and people building the future of modern Israel – those fueling the country’s growth as a diverse and urban high-tech and research powerhouse, as well as those working to address the country’s many domestic and foreign challenges and contradictions.

And no LGBTQ mission would be complete without savoring the culture and nightlife of Tel Aviv, consistently rated one of the leading LGBTQ cities of the world!