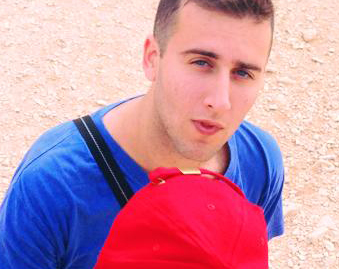 Alex Boda, one of the participants in this year’s A Wider Bridge’s LGBT trip to Israel, looks back at the journey day-by-day and shares the experiences in a special blog.

On the morning of the second day of our journey we awoke at 6:30, ate a light breakfast, packed up, and boarded the bus that transported us back into history at Masada. We made the long climb up the steps of the “Roman ramp.” To make things more realistic, our wonderful guide Hillel dressed in an ancient Hebrew robe — it felt so authentic. On Masada we learned of the determination of the Jews who lived there, the struggles they had to endure in the face of the Roman onslaught, and the agonizing and horrific choices they had to make at the end. We gave thanks that most Jews have not had to face the choice of slavery or death, and that the Jewish people have survived for thousands of years in spite of tragic outcomes such as occurred at Masada.

The cable car was a lovely way to get back down the mountain: smooth ride all the way down. We then boarded the bus and headed 45 minutes north on highway #90 to Qalia Beach on the northern shore of the Dead Sea. At Qalia Beach there was a lovely lunch (for those who ordered the true Israeli schnitzel) and the wonderful opportunity of spreading the rejuvenating mud all over our bodies. We then proceeded to slowly walk in the lowest point on earth, the Dead Sea. It was a pleasure to just float there with Israel on one side of you and the Hashemite Kingdom of Jordon to the East. A truly magnificent site. 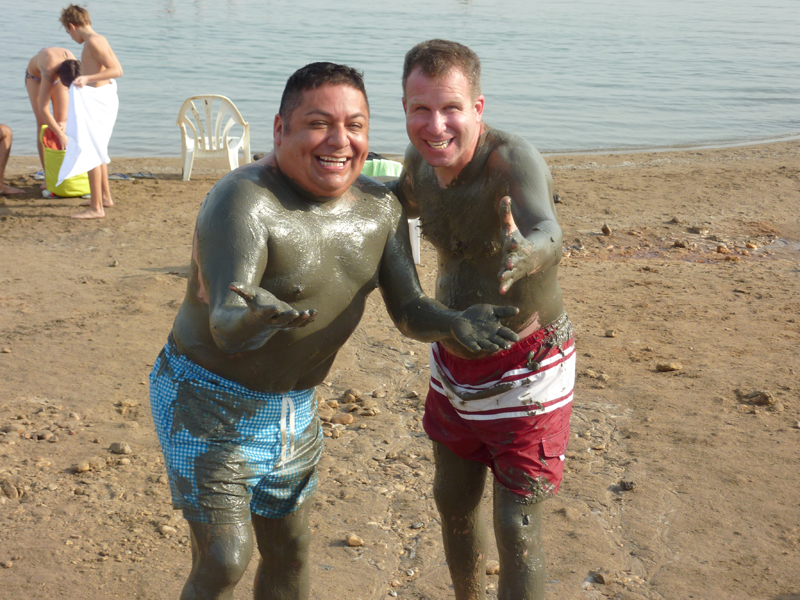 Later in the afternoon we hopped on the bus, heading back to the largest Jewish metropolis on the face of the earth, Tel Aviv. As Arthur puts it, “The city built out of sand dunes.” He couldn’t be any more correct. Tel Aviv didn’t start to really thrive until the late 50s At around 16:40 we arrived at a gorgeous 50+ room boutique hotel in the heart of Tel Aviv on Ben Yehuda Street called the Art Plus hotel.They treated us with the utmost respect and tendered and cared for our every need. It was a pleasure. We had plenty of time to get that (lovely) Dead Sea smell off of us with Art Plus’s amenities.

The second evening of our journey was dedicated to traveling in Jaffa, where we ate dinner at an exquisite French style- Moroccan style restaurant, with the added privilege of guests representing the LGBTQ factions of several of Israel’s largest political parties. Avi Soffer, who is one of Israel’s leading LGBTQ activists, provided an overview of the LGBTQ political scene in Israel, Zehorit Sorek represented Yair Lapid’s party Yesh Atid, and Amir Ochana represented the Likkud party. Needless to say the tomato, warm biscuit drizzled with warm honey was delicious but the conversation was just as good. We discussed Israel’s largest issues regarding the LGBTQ community, including marriage equality, surrogacy, homophobia, transgender rights, and racism, to name a few.

After dinner many had the opportunity to hit Tel Aviv’s amazing gay friendly bars including The Block, Shpagat, and Evita. But of course, pretty much all of Rothschild Boulevard is the place to be. It was a magical night, but after a long day of climbing Masada, relaxing at the Dead Sea, and driving a few hours to Tel Aviv, only some of the participants hit the town. Not a city in the world like Tel Aviv.