Our website and social media editor, Yanir Dekel, writes about the importance and meaning behind A Wider Bridge’s Online Magazine and its connection to the work of the organization. 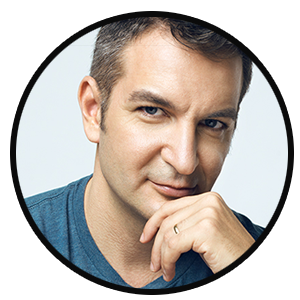 As gay Israeli who now lives in the States, A Wider Bridge’s work for equality in Israel and equality for Israel feels necessary and important to me on so many levels.

As a collective worldwide LGBTQ community, it’s critical that we care and work for LGBTQ equality in every part of the world, and I truly wish for every country to have an American organization that supports its equality the way A Wider Bridge supports Israel’s.

But as has been the case since her founding, Israel is special – for reasons that Jews around the world have been unable to fathom – because attitudes toward the Jewish State are never simple, never direct, and always tainted. Even the world LGBTQ population looks askance at Israel’s relatively advanced role in LGBTQ rights. A narrative of deceit is created wherein the LGBTQ rights that Israel’s Parliament, Courts, and Municipalities have advanced and upheld is merely a “cover,” a “smokescreen” to distract from the Israeli-Palestinian issue. I have seen how “BDS activists” from western democracies like the US and UK have grouped all Israelis together assuming that their support for LGBTQ rights and their support for the perceived Palestinian oppression by the Israeli government must be one and the same – not recognizing how often they themselves are at odds with many positions of their own governments. In this way the tremendous and hard-won accomplishments of the LGBTQ community in Israel is discounted. And that must not be allowed to stand.

This is why our online magazine is stands at a busy intersection – and sometimes a controversial one. Sharing ideas about LGBTQ life always stokes passions. Discussing Israel, which we see as the birthright of the Jewish people amongst the nations, is never a simple, straightforward topic. Put these two together and things REALLY get interesting. And they SHOULD get interesting.

Over the years, we at A Wider Bridge have had many lively discussions (and occasional disagreements) over the nature of stories, features, and content to present here in our online magazine at awiderbridge.org. As in the editorial process for any publication, there are questions of what’s appropriate, news-worthy, and of interest to our readers. But unlike a newspaper, A Wider Bridge is an organization with a message, a mission, a passion. And our “readers” are not just readers, but a community of advocates.

The stories that you find here are first and foremost building a bridge across the language barrier: stories and views from the LGBTQ Israel community that were published only in Hebrew are translated; voices and ideas that otherwise wouldn’t cross the borders of the Middle East are delivered to,thousands of monthly readers.. Additionally, we serve as a gateway to LGBTQ/Israel stories and choose to highlight and promote stories written by our English-speaking partners and supporters in North America and around the world. These types of story will give you 2 to 3 paragraphs to get you into the story and a link to read the full story on its original website. We encourage you to click to the original stories, to create traffic for the website published them, in order to encourage these websites to publish more stories about LGBTQ Israel.

One type of content in particular has raised some questions among our readers: namely some of the “lighter,” humorous, “sexy,” or celebrity-focused stories that we include from time to time. These types of stories are popular on social networks, yet some members of our community ask, “What does this silly stuff have to do with the serious, important goals of an organization like A Wider Bridge?” “There’s so much of this stuff all over the place. Why do we need it here too?”

We think that the very name of our organization answers this question: A Wider Bridge. A span to a destination where the LGBTQ community becomes closer, across orientations, across generations, across oceans. But a path broad enough to accommodate a community so diverse that challenging and sometimes painful subjects of oppression and suffering mix freely with uplifting stories of perseverance and triumph. We cover and celebrate Israeli LGBTQ culture, not only to give our community a connection, but to also demonstrate just how wrong BDS activists are about the community. And we believe the path wide enough to allow all of this to march side-by-side with laughter and light-hearted appreciation of ALL of who we are.

That means that you can find in A Wider Bridge’s magazine, all sorts of news: From a story on the lesbian daughter of an Orthodox Knesset member or the first transgender officer in the Israeli army – to features on a gay Israeli “hot bachelor” or an Israeli model’s sexy ‘bisexual’ photo shoot.

We choose to celebrate those who express their hopes and dreams through activism and rallies – as well as through outrageousness and ripped abs. If the suffering and survival of the Jews and the LGBTQ world teaches us anything it’s that there’s no Torah without laughter. This Bridge is Wide enough for it all.

The traffic to awiderbridge.org, which is updated daily with stories from around the world, has gone up dramatically in the past few years as a result of your interest and your loyalty, and we thank you for that, as well as for your continued support of our work and our mission.

I invite you to send me stories you think are of concern to the AWB community, or send your feedback and share your thoughts. And of course — to keep coming back.
`