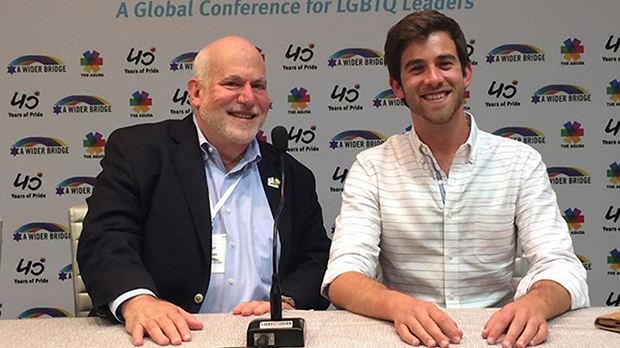 San Francisco’s Jewish magazine published an article on the leadership change at A Wider Bridge, including an interview with the incoming Executive Director, Tye Gregory, on the transition, the work of the organization and our now world renowned LGBTQ trips to Israel. 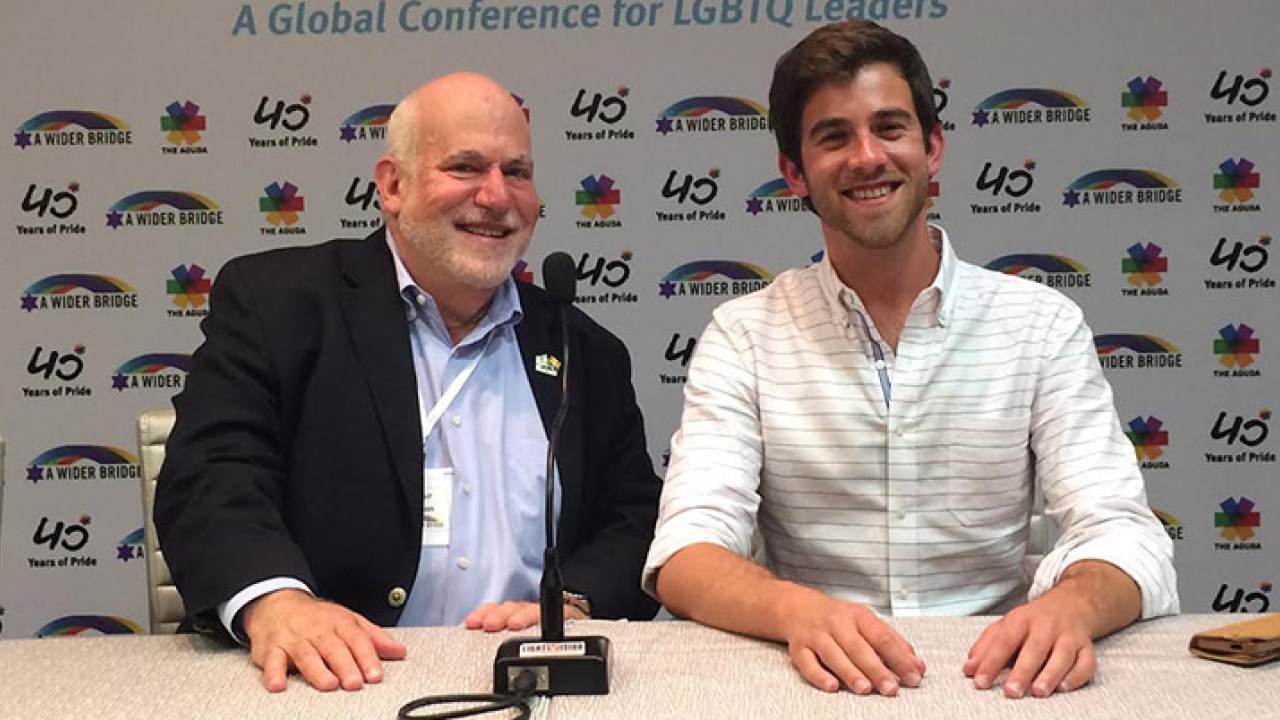 On a recent trip to Israel, Tye Gregory noticed a recurring pattern everywhere he went: bear hugs for Arthur Slepian, the executive director of A Wider Bridge, were the order of a day when meeting with Israel’s LGBTQ leaders.

“I saw in their eyes what A Wider Bridge meant to them, and what a special partnership Arthur had built with the many important [organizations] on the ground in Israel,” Gregory said.

Gregory knows he has big shoes to fill as he prepares to take the helm of the organization, ending Slepian’s seven years as boss of the prominent Bay Area-based LGBTQ organization. The leadership change takes place in January of next year.

Slepian, 62, founded the organization in San Francisco, and has since grown its operating budget to $700,000. A Wider Bridge has five full-time staffers in offices in Chicago, New York, Tel Aviv and Washington D.C. It aims to build mutual support for the LGBTQ communities in America and Israel, and do a little positive PR for Israel in the process.

“I think there is a lot of misinformation about Israel in the LGBTQ community, and I can’t think of a better way to change that,” Gregory said, referring to the part played by A Wider Bridge. “We aim to help people here understand what LGBTQ life is really like in Israel, and help them understand the struggles.”

Growing up in San Diego, Gregory, 29, moved to the Bay Area after college and began working at AIPAC’s San Francisco office. Gregory started working for A Wider Bridge in 2014, after attending a program run by the S.F.-based Jewish Community Federation called “LGBT Pathways to Leadership.” There, he met Slepian, who was one of the program chairs.

“I got to know him through that process,” Gregory recalled. “I was very impressed by how he presented himself.”

That introduction led directly to his work for A Wider Bridge. Continue reading on J Weekly