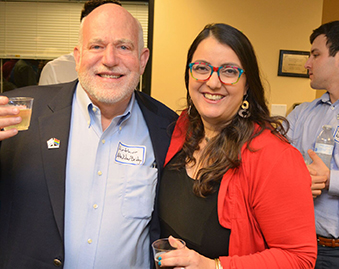 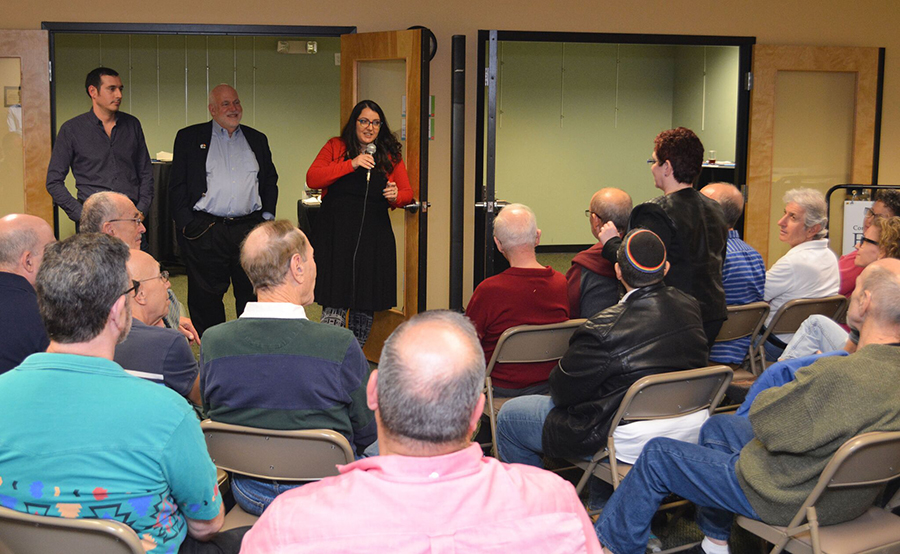 RELATED: Photos from the event in Florida are now on A Wider Bridge page on Facebook

When Daniel Jonas was 15 and struggling with his sexuality he turned to God.

“Being gay made me more connected to God,” said Jonas. “When I was down, I found myself praying for hours. I knew God wouldn’t react.”

Now 35, Jonas now longer lives a closeted life but rather is part of a growing movement of believers who are open about their faith and lifestyle. On Wednesday evening, Jonas was a featured speaker at A Wider Bridge’s “Refusing to Choose: Israeli, LGBTQ and Orthodox” program.

“The fact is people remain Jewish and gay,” Jonas told a group of about 50 people gathered upstairs in the Pride Center’s building A.

A Wider Bridge is a pro-Israel organization that seeks to build bridges between Israelis and LGBT North Americans and allies. The organization recently returned from Israel and at Wednesday evening’s program a video was unveiled from the mission trip. Boo’s group left for Israel a day after the U.S. Presidential election in November. In his meetings with Israelis, Boo said there was a consistent expression offered.

“To a T, everyone greeted us and said ‘I’m so sorry,’” Boo said. “As a group we had to lick our wounds from afar, watch on social media and process what was happening.”