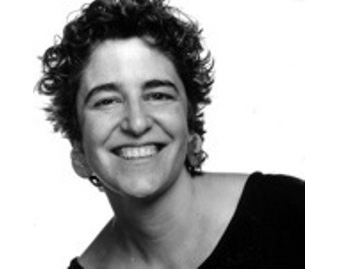 “The convoluted argument behind CLAGS’ “Homonationalism and Pinkwashing Conference” is that Israel is promoting itself as gay-friendly in order to white-wash, or in the conference organizers’ preferred term “pink-wash”, its military occupation of Palestine–as if anyone would assume the one political position could justify or excuse the other.”

First, a brief review of LGBT rights in the Middle East:  In the United Arab Emirates, Yemen, Iran, and Saudi Arabia, homosexual sex is punishable by death.  In Kuwait, Palestine (Gaza), and Lebanon the penalty is 3-10 years imprisonment.  In none of these countries is same sex marriage or cohabitation or adoption of children legally recognized; the same holds true in Syria, Jordan, Iraq and Palestine (West Bank). In Israel, on the other hand, same sex (foreign) marriages are recognized; same sex cohabitation is recognized; same sex adoption is legal; gays are allowed to serve in the military; and there are anti-discrimination laws protecting the rights of LGBT people.

Next, a pop quiz: which of the above eleven countries is the Center for Lesbian and Gay Studies (CLAGS) at the City University of New York targeting in a two day conference next April, in order to criticize its position on LGBT rights?  The four where homosexuality is punishable by death? The three where the penalty is imprisonment? No, the correct answer is the one where lesbian and gay marriage is recognized and there are laws on the books protecting LGBT people from discrimination.

The convoluted argument behind CLAGS’ “Homonationalism and Pinkwashing Conference” is that Israel is promoting itself as gay-friendly in order to white-wash, or in the conference organizers’ preferred term “pink-wash”, its military occupation of Palestine–as if anyone would assume the one political position could justify or excuse the other. The CLAGS website says the conference “provides an opportunity to examine Queer Resistance and Complicity globally,” certainly an interesting and provocative conference agenda, but the global claim seems patently disingenuous: it goes on to pinpoint Israel, and only Israel, as the culprit who is using “Pinkwashing” and “Homonationalism” (described as the collusion of LGBT people with the nation state, re-enforcing its supremacy ideology) as potent tools for public manipulation.

The “pinkwashing” charge, levied at Israel’s pro-gay tourist campaign, is a specious argument for two reasons.  First, the “pink-washing” theory only makes sense if adopting a LGBT human rights stance would help to establish a nation’s credibility internationally–but when most of the world’s nations don’t care to adopt that stance themselves it hardly seems strategic. Second,tourism industries worldwide never advertise the uninviting or unpalatable side to their tourist destinations.  Come to beautiful Barbados, where a serial rapist is at large and the police are doing nothing! Come to sunny Florida, where the ecosystem is so out of balance that 1800 people were stung last year by monstrous invasive jellyfish!  Hardly.

“Homo-nationalism and Pinkwashing” is a surprisingly proscriptive title for an academic conference. Conferences are organized to share research, engage in respectful intellectual debate, and encourage the cross-fertilization of ideas.  It might be interesting, for example, for the conference to pose such essential questions as: Is the two-state solution viable, or is the concept of a Jewish state intrinsically racist?  How can queer scholars and activists reconcile the contradictions inherent in supporting self-determination movements in parts of the world where LGBT rights are denied?

The title of the conference precludes any such inquiry because it dictates in advance the position that the conference will advocate.  In fact, the conference description on CLAGS’s website is so polemical that instead of posing questions that might be discussed, it is already answering them with opinion presented as fact.  How nice to be so certain of your moral high ground.  The conference is unmistakably designed as an anti-Israel diatribe, using Israel’s positive track record on LGBT human rights as the battering ram. There are certainly legitimate reasons to criticize Israel, but most do not fall within the narrow purview of the conference organizers and therefore will not be given a platform.

I recently wrote to CLAGS about the title, asking if they might consider coming up with a more inclusive one. The CLAGS Executive Director passed me on to conference organizer Sarah Schulman, a Distinguished Professor in CUNY, who penned the op-ed piece in last November’s New York Times, “Israel and ‘Pinkwashing.’” She responded immediately, accusing me of censorship: “I am truly shocked that you would try to censor our conference….[I]f you have a different point of view, organize your own event…

This accusation of censorship is getting flung around a little too casually.  I notice that the conference’s keynote speaker Judith Butler, who wrote an open letter to New York’s Lesbian, Gay, Bisexual & Transgender Community Center last year when it canceled an anti-Zionist “Israel Apartheid Week” fundraiser, also claimed censorship was in play (the Center’s director defended her action by saying the sponsoring group was not a LGBT organization and the event was considered too far from the Center’s core mission.)

The conference speakers and organizers are certainly entitled to voice their opinion, even if it is bashing Israel for one of the few things Israel has managed to get right in recent years. What they are not entitled to do is to use the pitifully small and ever shrinking pool of public funds that the City University of New York has available to further their own political agendas (and promote their own books–both Sarah Schulman and Judith Butler have tomes on the subject to be published soon) at the expense of all other points of view. The “Homonationalism and Pinkwashing” conference is cloaking these self-serving actions under the mantle of respectability when its rigid refusal to admit any other voices into the room is antithetical to what academic conferences are supposed to be all about.

Andrea Weiss is a documentary filmmaker and nonfiction author, and Professor of Film/Video at the City College of New York.  She won an Emmy Award for her work on the landmark documentary Before Stonewall: The Making of a Gay and Lesbian Community.  Her most recent book is In The Shadow Of The Magic Mountain: The Erika And Klaus Mann Story (University of Chicago Press, 2008).

Read the essay here on The Daily Beast.