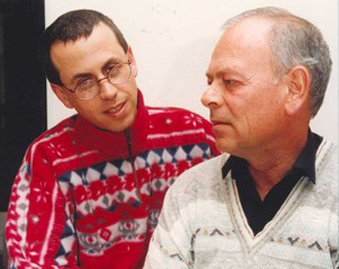 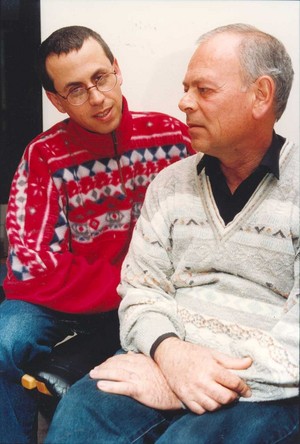 It’s generally not nice to celebrate the end of someone’s marriage, but in this case we can make an exception. This week, when a family court near Tel Aviv dissolved the marriage of Uzi Even and Amit Kama, they granted Israel’s first gay divorce and, effectively, its first civil divorce as well. And to that, we should all say mazel tov!

The gay community cheered the decision as a major step for gay rights, but the ruling may also have implications for the broader cause of civil marriage and, by extension, the unresolved issue of the separation of religion and state in Israel.

It is unclear how far the impact of the ruling will spread and whether it will lead to a serious reconsideration of civil vs. religious public institutions like marriage. We may only be talking about a scratch in the system here, possibly a dent, maybe even a crack if we’re lucky. Still, the symbolism is significant.

Currently, there’s no such thing as civil marriage in Israel. Any couple that wishes to be married outside of the jurisdiction of the Rabbinate—perhaps because one of them isn’t Jewish, or at least not Jewish enough by the standards of the Orthodox religious authority—must go to another country to sanctify the union (nearby Cyprus is pretty popular), then come back to Israel to register as married abroad. It was this recognition of international civil marriage that provided the loophole that led the Israeli high court, in 2006, to also recognize same-sex marriages performed abroad in countries that allow it.

Thus Even and Kama, who had been together for 23 years and who have the distinction of being granted the first gay adoption in Israel (Even was also instrumental in opening the Israeli military to gays), were married in Canada and thus considered married by the State of Israel. But when they wanted to call it quits (they separated in 2009), they couldn’t. Religious courts are the only ones who can grant divorce. They are run by Orthodox rabbis and adhere to ancient Jewish law. Unsurprisingly, they don’t acknowledge gay marriage.