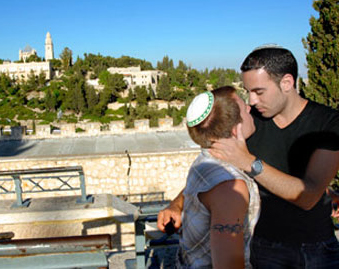 In the past five years, the Ministry of Tourism in Israel has actively plugged the nation as a popular destination for gay Jews and non-Jews alike.  The efforts have been remarkably successful in Tel Aviv – But the tourism ministry’s promotion seemingly bypassed Jerusalem.

Under the relentless Mediterranean sun, a collection of rainbow flags thrash in the ocean breeze along a strip of oceanfront in Tel Aviv known as Hilton Beach. In fact, the rainbow flags hang on pillars of the beachfront bar, are pinned between the beach’s public restrooms and wave persistently and proudly on the wall dividing sand and the boardwalk.

Hilton Beach, according to Trip Advisor and just about any in-the-know Tel Avivian, is the gay mecca – the unrivaled, most popular destination during Tel Aviv Gay Pride week – in an already open and increasingly gay-friendly city. The array of rainbow flags is likely the most fabric one will see there; Haaretz wrote in February 2014 that Hilton Beach attracts the “fittest, hottest guys in the tightest bathing suits,” a relatively tame description in light of the beach’s unabashed liberalness.

Sixty-three kilometers away, in Israel’s capital of Jerusalem, the rainbow flags are much harder to spot. At the Jerusalem Open House for Pride and Tolerance, the city’s largest LGBT community center, the small rainbow flag that hangs in the window is easy to miss. It functions merely as an identifier, not as a rebuke of Jerusalem’s more traditional and religious environment.

The rainbow flags vividly illustrate the two starkly different cultures that have taken shape in Israel’s largest cities. While Israel’s LGBT policies are among the most tolerant in the Middle East, Jerusalem has exhibited slower progress than Tel Aviv in its overall friendliness towards, and acceptance of, gay Israelis. For many LGBT residents and activists in Jerusalem, the city – and public sentiment within the city – still has large strides to make before gays and lesbians achieve full equality.

In the past five years, the Ministry of Tourism in Israel has actively plugged the nation as a popular destination for gay Jews and non-Jews alike. The efforts have been remarkably successful in Tel Aviv – over 100,000 people, tourists included, participated in last year’s gay pride festivities, according to city data. But the tourism ministry’s promotion seemingly bypassed Jerusalem.

The demographic disparities between Tel Aviv and Jerusalem, in large part, explain the contrasting receptions to LGBT culture. According to 2013 research from the Jerusalem Institute for Israel Studies, a policy think tank in Jerusalem, 30 percent of Jerusalem’s Jewish population consists of ultra-Orthodox Jews, or Haredim. Conversely, only 2 percent of Tel Aviv’s Jewish population identifies as ultra-Orthodox, while 61 percent classify themselves as secular.

“In Israel, to be Jewish is to be Orthodox,” said Elinor Sidi, executive director of the Jerusalem Open House, or JOH. “When I came out of the closet 12 years ago, I was taught to believe that if I wanted to live as a complete person, I had to leave religion – there was no place for me in shul.”

Sidi is among the leaders of Jerusalem’s small, but growing LGBT community. She oversees a staff of four at JOH and a dedicated army of volunteers, running initiatives from a free HIV clinic to a bullying support group. A large component of her work at JOH rests in challenging and correcting traditional perceptions of the gay community. The biggest undertaking on Sidi’s plate, however, is the funding and planning of Jerusalem Gay Pride. The raucous gay pride parade in Tel Aviv is a municipal event, Sidi said. In Jerusalem, the event is entirely organized by JOH.

Continue reading on The Land 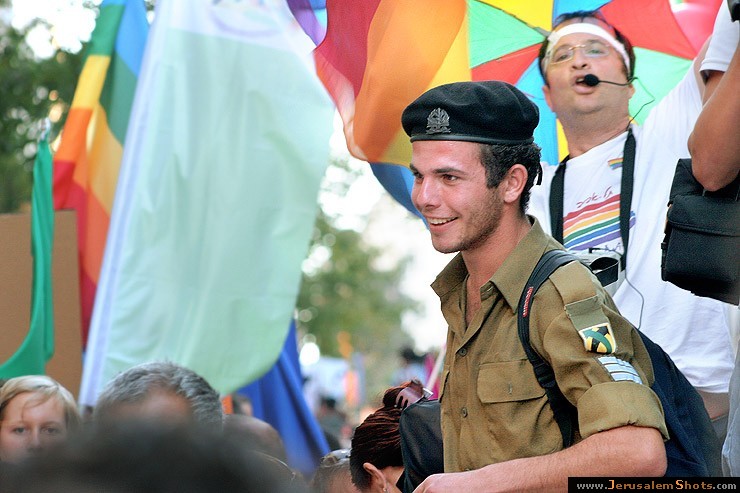