Since 2013, LGBT activists in the city of Rishon Lezion, which defines itself as an “alternative to Tel Aviv” struggle to hold an LGBT event with the support of the municipality – with no success. 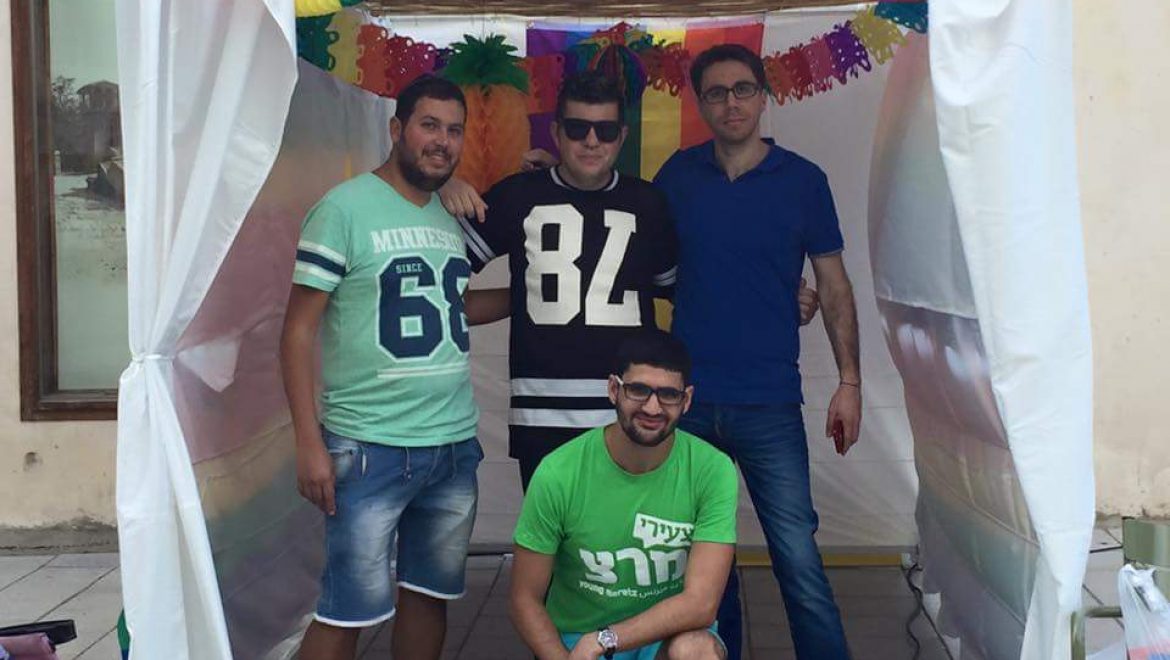 Last year, members of the gay community in Rishon Lezion launched the “LGBT community Sukkah” project, to build a sukkah in the city center as part of the city’s famous annual wine festival that attracts visitors from all parts of the country. The goal of the LGBT Sukkah was to create a dialogue and increase the visibility and the sense of community and belonging for the LGBT people in the city.

Despite the importance of the project, Rishon Lezion Municipality refused to support the LGBT Sukkah, which ended up being built with the help of the Rishon Lezion branch of left wing party, Meretz.

This year as well, Shachar Hadar and Oded Levy, LGBT activists in the city, asked to continue the tradition of this important project and appealed to the municipality requesting assistance in technical matters – such as providing a platform for the event and inclusion of the event in the publications of the municipality for the holidays and the wine festival. The request noted that despite the support they receive from Meretz, they think this kind of event should be supported by the city of Rishon Lezion and not by a political party.

The municipality’s vague response to the request was reported in the local press: “The municipality will consider the issue and will respond through the newspaper.”

“We feel that they are playing us, just like they did last year,” said Hadar. “We went to the municipality in order to get assistance for the project, but unfortunately the answers were the same. On the one hand, in the official response to newspapers the municipality presented itself as a supporter of the gay community, and on the other hand they continued to mock and avoid us.”

Rishon Lezion has a history of rejection versus acceptance of the LGBT community. The last Pride Parade in the city was held in 2013, despite opposition from the ultra-Orthodox community. In 2014, the city started to avoid helping with the parade, which eventually was canceled due to security reasons.

After the murder of Shira Banki in the Jerusalem Pride Parade in 2015, the municipality agreed to hold up a sign that reads “Hate Kills” on the City Hall and to hold a memorial ceremony. That same year, Rishon Lezion’s mayor opposed religious city officials who wanted to pass a regulation that would make holding pride parades in the city illegal. The city of Rishon Lezion was also the first to hold a training course for kindergarten teachers on working with children from same-sex families.

After pressure on the municipality through articles in the local press and on social networks to give official support for the LGBT Sukkah, Shachar and Oded were invited to a meeting with Dafna Shkori, chairman of the youth wing at the Rishon Lezion municipality.

The organizers opposed the removal of the Sukkah from the area of the festival. At the same time they discovered that orthodox representatives pressured the mayor not to allow the event.

“During the event last year, we witnessed several sources in the municipality who tried to thwart the activities, such as municipal inspectors who gave tickets to community organizations that set up the booths despite receiving prior approval. They also built fences around the sukkah that frightened passers-by, causing a feeling of separation from the general public , and tried to minimize our activities, claiming they were looking out for our safety.”

The municipality’s response was not received until the date of publication of the article.