Victory! A pilot scheme beginning in Q2 2018 will allow gay men to donate blood. Previously, gay men were only allowed to donate if they hadn’t had sex in the previous 12 months. 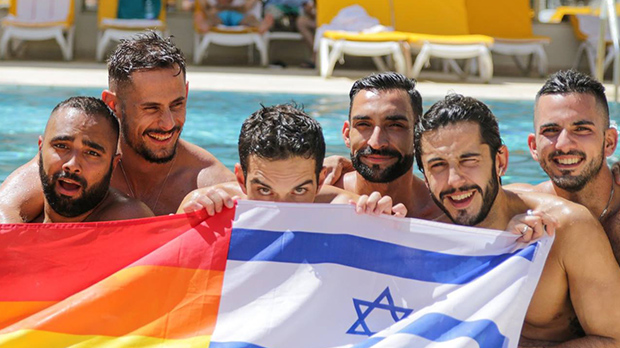 In a policy change, gay men will be allowed to freely donate blood in Israel.

Under the new procedure announced Wednesday by the Health Ministry and Magen David Adom, the blood will be checked for certain infectious diseases at the time of donation, and then frozen for four months and checked again in a special double testing system.

Last year, Israel’s Health Ministry announced that gay men could donate blood provided that a year had passed since their last sexual encounter with a man. That was challenged by gay rights groups in Israel.

Knesset lawmaker Meirav Ben-Ari of the Kulanu party worked with the Israel Aids Task Force and Israel’s LGBT Task Force to craft the new testing system, which is being implemented for a two-year trial period.

MK Meirav Ben-Ari (Kulanu) led the initiative with MDA Director-General Eli Bin and welcomed the decision. “For years, it was a frustrating situation that the LGBT community members could not donate blood, and when they did donate, they were forced to deny their sexual orientation,” she said. “Today is an important historic step on the path to equality for the gay community.”

Chen Arieli, the chair of the Aguda (Israel’s LGBTQ Task Force) also welcomed the decision: “The continued refusal to accept blood donations from gay men was an outrageous insult that is coming to an end. We took part in a process of public participation, in which more than 1,500 members of the LGBT community took part in supporting the temporary solution until we will all be allowed to donate blood freely, and we welcome the important step taken towards equality. “

MDA Executive Director Eli Bin declared: “As of today, the entire population will be able to help save lives, regardless of their sexual orientation. Blood donation is a common civic right and duty shared by all citizens of Israel. I would like to thank MK Meirav Ben-Ari for general and financial support towards this initiative, and to Prof. Ayelet Shinar, who, thanks to her connections and professionalism, found the solution that led to the citizens’ ability to realize this right and duty, thereby increasing the pool of blood donations to save lives.”

The United States requires gay male blood donors to have been celibate for 12 months before donating.