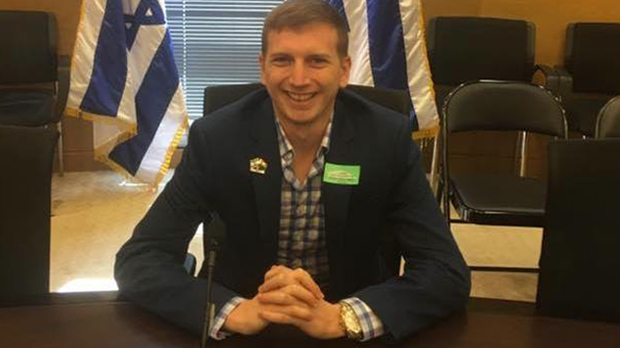 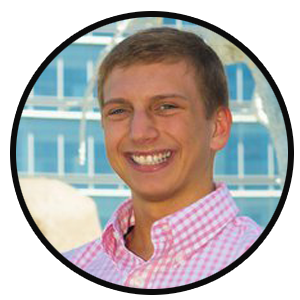 We are living in troubling times. The political climate is toxic, tensions are rising, and divisions in this country are running deep. Things are even worse for marginalized communities all across the country; racism is stemming from the highest levels of our society, people are being turned away from our borders due to their race or religion, families are being ripped apart due to unjust immigration laws, and we are at risk of losing decades of progress on LGBTQ and women’s reproductive rights. Without a doubt, times are also troubling for the Jewish community right now. We see anti-Semitism surging on the right and anti-Zionism sowing divisions on the left, from Charlottesville to Chicago.

This past summer taught us a lot about the perplexities and challenges facing the Jewish, LGBTQ, and pro-Israel communities. The Chicago Dyke March incident was a startling awakening that Zionists are no longer welcomed in many parts of the LGBTQ community. This wasn’t an isolated incident. Chicago had similar struggles surrounding the inclusion of Jews and supporters of Israel in the LGBTQ community at Creating Change in January 2016. This past pride season, from Chicago to New York to Halifax, we’ve seen Jewish and pro-Israel groups come under attack when they tried to participate in pride celebrations. Anti-Israel folks have co-opted the LGBTQ community and forced supporters of Israel (and Jews) into an identity crisis. We are told we must choose between our identities either as Zionists or as queer folks, we most definitely could not be both.

I fully reject that notion. My queerness and my Zionism are linked together. My experiences of growing up gay in small town Iowa in 2009, remind me of the struggles my Jewish people have faced for thousands of years, like that of the Maccabees that we just commemorated with Hanukkah. We are forced to fight just to exist. My Jewish values helped restore my strength in the darkest days of the fights for social justice I often found myself in since coming out. I’ve learned that social justice is a part of my Jewish DNA and that we must work every single day to make the world a better place. I’ve learned that as Jews, we stand up for marginalized communities, we show up, we use our voices, and we continue to exist despite efforts to erase us. I cannot exist as a Zionist without my queerness and I cannot exist as a queer without my Zionism. To me, they are one of the same, the core of my being.

My fight for full LGBTQ equality is about liberation. Liberation from a society that tried to teach me to deny who I am: that I needed to assimilate, to be less gay, to blend in more, to not raise my voice when I see injustice, to accept a status quo that didn’t recognize my humanity. It is undeniable that the experiences of Jews for thousands of years have been very similar. That no matter what region of the world we moved to, we were never assimilated enough. We were too Jewish. We raised our voices too often. We too were a people that needed liberation. Our liberation came eventually, with the creation of a Jewish democratic state on May 14, 1948.

The creation of the State of Israel was the greatest success story of any social justice movement ever. After thousands of years of forced expulsions, genocides, rape, and pogroms, the Jewish people created a state of their own. We boldly declared that we now will assert our right of self determination and control our own destiny. We guaranteed that the Jewish people now have a home that we can live in safely and protect us from the horrors we knew all too well throughout our history.

It is disgusting to think that American Jews have come to a time in our lives where we should be ashamed of that. Now Zionism is controversial? We cannot accept that — we must boldly declare we believe wholeheartedly in the right of self determination for the Jewish people after thousands of years of discrimination and oppression. We must be the modern day Maccabees. It is even more disgusting to be told that as a queer community, we should have to choose between our queer community and our love of Israel. The hypocrisy is not the only troubling thing either. The LGBTQ community in this country has experienced great strides toward progress due to the contributions of LGBTQ Jews, including Harvey Milk, Larry Kramer, Roberta Kaplan, Evan Wolfson, Edie Windsor (her memory for a blessing), Sharon Kleinbaum, and many others, many who are passionate supporters of Israel. They too in their own rights were modern day Maccabees fighting for Jewish social justice.

Well, it’s 2017 and we are living in troubling times that require radical actions of resistance. I have הִתנַגְדוּת (resistance) tattooed on my forearm, where the serial numbers in the Holocaust were imprinted on Jews. It’s time I honor that tattoo. My radical act of resistance in 2017 is to boldly declare that I refuse to choose between my queer community and my love for Israel. I will continue to proudly identify as QUEER and as ZIONIST. I will continue to draw on my experience as a Jew to advance the march toward full LGBTQ equality in this country. I will continue to use my history and knowledge of the social justice movement of Zionism, to reinvigorate the struggle for queer liberation. I will continue to show up in other marginalized communities and social justice spaces to fight for racial and economic justice, comprehensive immigration reform, women’s reproductive rights, and welcome refugees and people of all faiths, as a queer Zionist. Why? It’s because of those two identities that I understand why I must. It is my responsibility as a queer person and as a Zionist to continue to work every single day to make the world a better place. We are called to be the light unto other nations — and I truly believe that both my communities, the LGBTQ community, and progressive pro-Israel community, can be that light.