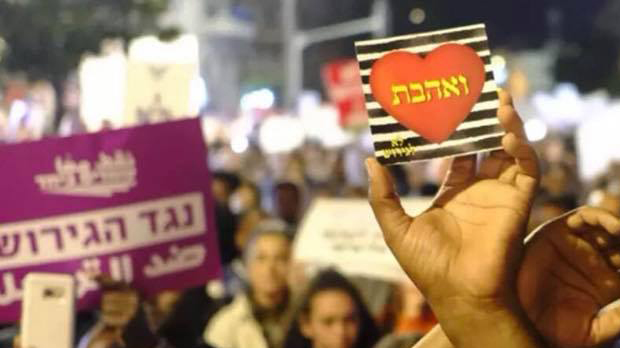 LGBT asylum seekers in Israel are one of the countries’ most ostracized groups, if not THE most ostracized. Eyal Migdalovich, founder of the Israeli LGBTQ Refugee and Asylum Seekers Program, writes about this at-risk population.

Many asylum seekers and refugees  kept their LGBT identity an absolute secret during their tough escape from Africa to Israel. One misplaced word, which would expose their sexual identity, could lead to total alienation from their fellow journey members – the consequences of such a situation would have destructive potential  (at best it would have ended with them being beaten up).

Even before that, in their home countries, they had often suffered severe abuse that even ended with rape and torture. With the last of their strength, disguising their difficult past, they hoped to start a new life in Tel Aviv, but even there they have to live in fear, exposed to harsh violence from their fellow refugees.

“What characterizes these people is a cycle of trauma,” says Tali Ahrental, a social worker and director of the psychosocial field at ASSAF, Aid Organization for Refugees and Asylum Seekers in Israel. “They flee their countries due to traumatic circumstances. Some were persecuted by the authorities, others were suspected of having gay sex and therefore were imprisoned, tortured, humiliated and suffer physical and mental disabilities because of that.”

In order to begin to understand the difficult situation of the LGBT asylum seekers, one must first understand the attitude towards them in the totalitarian countries of origin. In Sudan, these “criminals” are subject to the death penalty and Eritrea sentences them to 3- 10 years in prison. On the basis of testimonies, a much more difficult picture emerges: severe torture and gang rape by state representatives.

Unfortunately, as if this weren’t enough, the violence against LGBT people in Eritrea and other African countries has an additional dimension, not institutionalized, but more cultural or social: evidence of a mother who turned her son to the security forces after catching him kissing his boyfriend, and of a man who threw his brother out of the family following a similar discovery, can attest to the rooted intolerance towards LGBT identity holders in these countries.

“Because I knew from the age of 12 that I was like that, and even then I was messing out with friends, at school they would harass me,” said M. from Eritrea in an interview at the UN High Commissioner for Refugees in Tel Aviv. “Because they’d seen I was more feminine, they’d shout ‘you, homo! you’re like a girl! and beat me up.” M. then reveals under his shirt a long scar, from the neck to the chest.” At home I would love to wear women’s clothes, especially my mom’s, and also her shoes. My mom had another husband, not my father, and when he saw me wearing her clothes one day he cut me with a knife.

“After that incident, I ran to another city and slept on the streets for a month, with no clothes, without anything, in the cold. Someone asked me, ‘why are you sleeping here?’ he didn’t know I was gay. He told me, ‘If you want a job, I can give you one,’ and I worked there for a year or so, but afterward they started fighting with me because they saw I was having feminine manners and I went back to the streets. All that time I failed to rent an apartment.”

At one point M. was taken by the security forces for military service – the nightmare of most adult Eritreans and one of the main reasons to flee the country. The military service there is not limited in time and often includes torture, severe humiliations and slavery conditions. This is the most difficult tool by which the local government suppresses any freedom aspirations of Eritrean citizens.

M. escaped the army and fled to Ethiopia, where he was caught by the local security forces. He was dragged to the police station for hours without shoes. He was imprisoned in disgraceful conditions, underground, and starving. “There’s nothing to eat there, you live on a bread roll and a cup of tea for a whole day. They beat me up too because of my female behavior,” he says. “I always tried to say to them, ‘no, I’m not gay,’ because if they knew it for sure they’d kill me right away.”

Once again, M. managed to exploit a security breach and ran for his life – towards Sudan. He managed to reach the UN refugee camp in the country and received reasonable living conditions, and this was a new beginning for him- until one day, on his way to work, he was abducted by Bedouins to Sinai and from there, against his will, was brought to Israel. 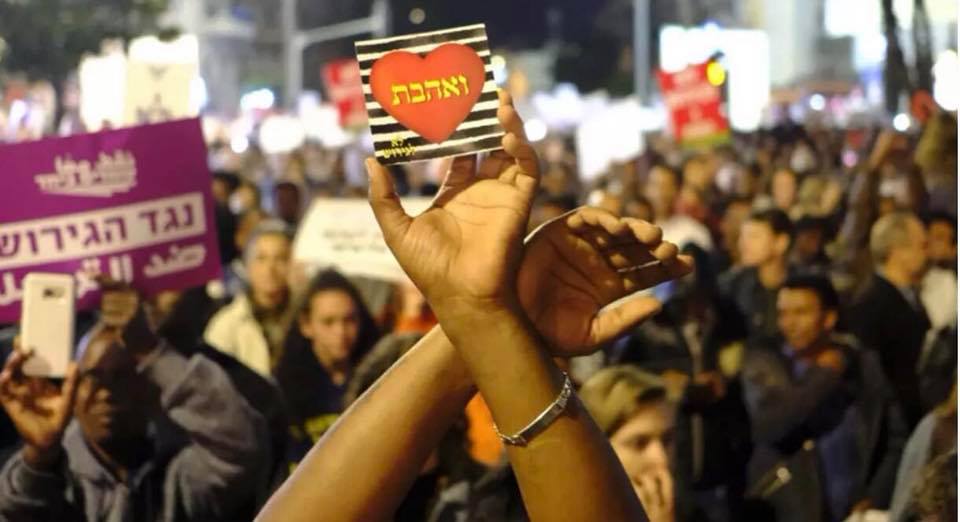 On the Israeli border, asylum seekers are sent to Saharonim Prison, where they are imprisoned for a varying period of time, in accordance with various High Court decisions regarding the amendment to the Prevention of Infiltration Law. The High Court’s latest decision allows for initial detention of three months followed by “a stay” under restrictive conditions in Holot Facility for a period of time that is no longer than a year.

The State of Israel signed the UN Refugee Convention and has ratified and is granting asylum seekers from Eritrea, Sudan and Congo temporary group protection to which they are entitled because of the situation prevailing in their countries of origin. Therefore, Israel is obliged to examine the eligibility of asylum seekers who migrate from these countries to refugee status. In practice, Israel dissolves the examinations. Between 2009 and 2015, only 45 requests for refugee status were approved in Israel, of which only four were requests by Eritrean citizens and not one by a Sudanese citizen. Instead, most Eritrean and Sudanese citizens receive a temporary residence permit that gives them no relief – no health insurance, no entitlement to social services, and not even a working permit.

Many of the asylum seekers eventually find themselves in the southern neighborhoods of Tel Aviv, where infrastructure is already rickety, overcrowding and neglected. This is a recipe for confrontation with the local residents, and at the same time creates tension and lack of solidarity within the African communities themselves. Moreover, it appears that the LGBT group suffers the most, and the African communities show zero tolerance towards it.

Another asylum seeker said that when he was caught kissing an Israeli guy in the car under his home in the south of the city, he saw the end before his eyes.

“They yelled at me, ‘Fuck you,’ beat me up, stabbed me and threw me from the stairs,” he says, and pulls pictures showing his face swollen and his shirt stained with blood. Even in the places where I was working I was harassed. When I worked at a supermarket, the Israeli owner told me: ‘Aren’t you ashamed that you are fucking a man? I had to leave the place. What choice did I have? ”

Once the sexual orientation of LGBT asylum seekers has been exposed, the aid organizations find it difficult to provide them with even the little assistance they provide to other asylum seekers. Their lifestyle becomes unbearable for the simple reason that they can’t leave the house without being immediately exposed to verbal and physical abuse. Therefore the aid organizations dedicate separate arrival hours for LGBT people, and in extreme cases taxis are also used to drive them, or alternatively volunteers come to take them from their homes. More than once, their traveling in and out of their homes diminish, and they go and isolate themselves. In some cases, their difficult situation leads them to prostitution.

Moreover, if the LGBT identity of the asylum seekers is revealed, the information will find its way very quickly to their family in Africa. The result, in the vast majority of cases, will be the immediate disconnection from them. Even when the LGBT asylum seekers already find each other, despite the silence and the fear, and most of the time in twisting and surprising ways – they will avoid connecting because of the deep-rooted mistrust. This means severe solitude. Only a few find comfort in a surprising place: among the Israelis.

It is precisely between Israelis – those who are not in any way connected with the ruined social worlds left behind – that the asylum seekers can try to start freeing themselves from fear. T. recalls with a smile that he had several Israeli partners, but immediately becomes serious and says, “You know what? It’s also exhausting. You never know where you stand, what is the status, people are not into it. One day I can simply disappear from here. It also takes out the desire to have sex.”

H. an asylum seeker from Eritrea, tells in a more optimistic tone that he once went to a gay club, “Israelis came to me and asked: `Where are you from?’ I replied, ‘Eritrea,’ and we became friends. I would be happy to have such connections with Eritreans, but I can’t. What can I do? Only with Israelis I am free.”

In another case, he says, his Israeli friends introduced him to another Eritrean man. The initial communication between them was done in Hebrew, the language of the place that allowed them for the first time a degree of openness with regard to their sexual orientation. Eventually they became roommates in an apartment, which became – in the face of all the racism and homophobia surrounding them – a protected and safe space, far from Eritrea, somewhere in Tel Aviv.

In August, A Wider Bridge will bring Eyal Migdalovich, creator of the LGBTQ Refugee Program, and Ohad Hizki, CEO of the Aguda, (the initiative’s sponsoring organization), to the East Coast of the United States. For info: https://awiderbridge.org/refugees