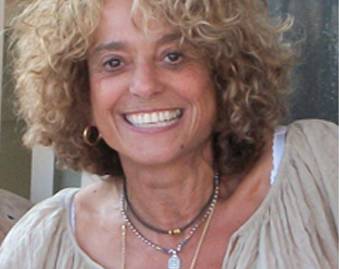 Rachel Wahba reflects on her 31-year relationship with her wife 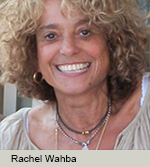 We tried so many times to get legal in our 31-year relationship. We called it a marriage way before marriage equality was a reality for lesbians and gay men.

Way before our “real”/ legal marriage, we believed and deeply felt, only death would part us.

Like many (most?) couples, we played with our familiar mantra:

“Promise I get to die first,”
“No, I go first!” (My separation anxiety is more extreme.)
“Ok… but I get to die five minutes later,” she graciously agreed.

We never imagined the marriage would die first.

We tried to marry many times in our 31 years together — domestic partnerships, a San Francisco city hall marriage that was quickly annulled, and finally our longed for legal wedding under the chuppah.

Several months after our synagogue wedding Marriage Equality was voided by the California Supreme Court, followed by the passage of Prop 8. It won narrowly, with its brand of fear and righteousness, and power to deny lesbians and gay men our civil right to marriage. Married gay couples were back in limbo, as the courts argued our case.

Boom! We were legal now, only this time my soul-mate and I were in the throes of divorce.

When we met in the late ’70s, lesbian feminism was at its height, gay liberation was still unhurt by AIDS, and San Francisco was the place to be. We were not interested in marriage equality yet, and life was about changing the system not joining it.

We lived in a rented Victorian with my 10-year-old daughter, on a sunny street in the Mission District.

We happily called ourselves “lovers” as every out gay couple did in those days.

As time passed, we began to have issues with how to meaningfully introduce each other in public.

“Lovers” made no sense after years of raising a child and doing what every married couple does to run a household.

We called ourselves “soul-mates,” but that felt too spiritually intimate, and awkward in most situations.

“Partner” was unclear, empty, and almost as closeted as “friend.”

When I wrote my piece, “Hiding is not Healthy for the Soul,” in the anthology “Twice Blessed-Being Lesbian Gay and Jewish,” one of the editors asked if I could please just take “wife” out of the mix and leave it with “partner” and even “soul-mate.”