Please join us in welcoming Alan Schwartz as the new board chair of A Wider Bridge. We are very grateful for his leadership! We invite you to read his Board Chair statement below. 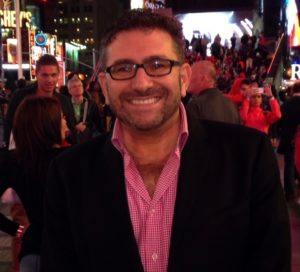 “I am humbled and honored to serve as the newly elected Chair of A Wider Bridge’s Board of Directors. A Wider Bridge is a cause that brings together my personal passions for building a better Israel, with fairness and equality for the LGBT community. I am grateful to our outgoing Board Chair, Bruce Maxwell; our phenomenal Board of Directors; our talented staff under the leadership of Tyler Gregory; and the thousands of generous supporters in our community who have embraced A Wider Bridge’s mission, building support for Israel and LGBTQ Israelis.”

“During my tenure as Chair, I hope to motivate the broader pro-Israel community to invest in LGBTQ Israelis’ pivotal role in Israel’s dynamic society, and in the wider Jewish world. Likewise, I hope to lift up A Wider Bridge’s work engaging social justice communities with Israel and the Jewish community as a model for other communities to build bridges and build mutual understanding in today’s divisive political environment.”

Alan Schwartz, Board Chair is a strategic management and finance professional with over 30 years of experience in the private, governmental and nonprofit sectors. He is the principal of AGS Associates which advises clients on strategic development, restructuring, and financing in the United States and overseas. In addition, Alan is an experienced family wealth management advisor, and serves as a trustee of private trusts and foundations with aggregate assets of several hundred million dollars. Alan has held leadership positions in numerous public entities including: Executive Director of the Architectural Conservation Trust and Historic Massachusetts Inc., and Chairman of the Boston Landmarks Commission.

Alan has been a lifelong Jewish, Zionist and community leader. Alan has spent considerable time in Israel since he was a child, and has conducted business in Israel over many years. As an undergraduate at Boston University, he founded one of the first Holocaust Education Week programs on a college campus. Passionate about social justice and human rights, he has been deeply involved in causes ranging from the Save Soviet Jewry movement to efforts on behalf of Syrian refugees. Alan has also been a leader in LGBTQ & HIV/AIDS activism for almost 40 years, including serving as Vice President of Fenway Community Health. Alan is a leader in Manhattan’s downtown Jewish community. He currently serves as Treasurer of the Sixth Street Community Synagogue, a welcoming modern Orthodox synagogue in New York City’s East Village. Among his many awards and distinctions are recognitions from: Bank Boston; the Commonwealth of Massachusetts; and the American Institute of Architects. Alan is most proud that the City of Boston designated him a “Special Boston Landmark.”