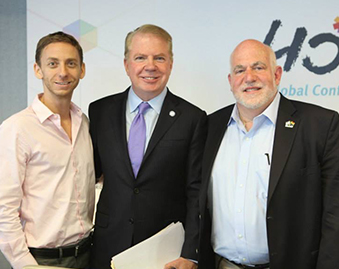 How can we build a more truly global LGBTQ movement? How can we create more opportunities for cross-country learning and collaboration? How can those of us who live in countries where LGBT equality in on the rise best assist LGBT people in counties where homosexual activity is still a crime and people can live only in the shadows?   These were among the questions at the forefront of an historic gathering of LGBTQ leaders from around the world that took place in Tel Aviv this past week. 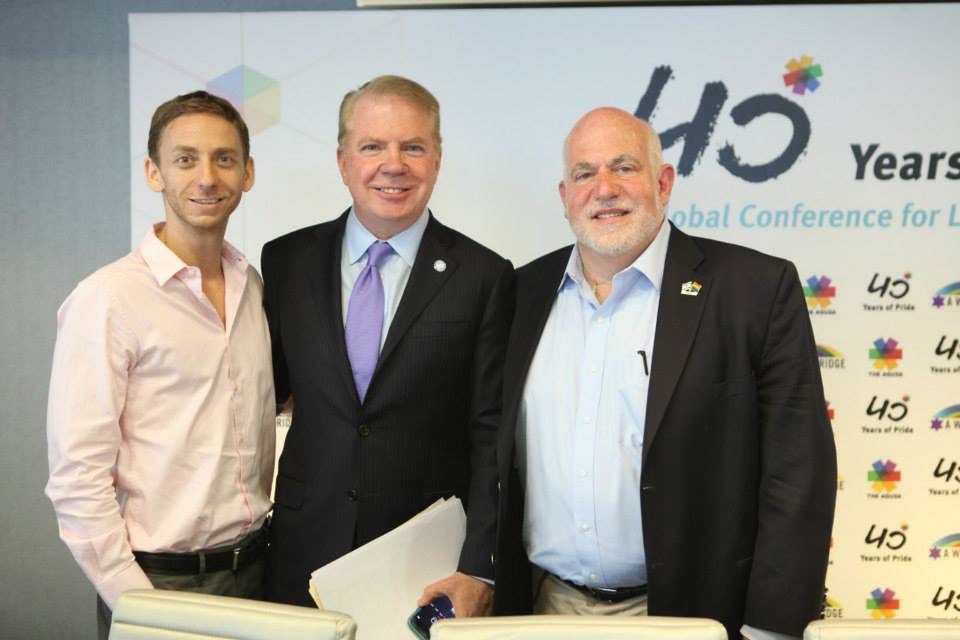 More than 120 leaders and activists came together for the “40 Years of Pride Global LGBTQ Leadership Conference, presented by A Wider Bridge and The Aguda, Israel’s National LGBT Task Force.  It was the first time such a conference had taken place in Israel, and for many participants, it was the first time to be part of a truly global dialogue among LGBTQ leaders.  More than a dozen countries were represented at the conference included the United States, Canada, Israel, France, Italy, the United Kingdom, Sweden, Nigeria, Argentina, Australia and Mexico.

The first panel set the tone for the conference as leaders from the UK, France, Nigeria, Argentina, the United States and Israel discussed the similarities and the differences in the struggle for LGBTQ equality in each of their countries.  Other panels at the conference focused on transgender issues, religion, youth, and how to best use the tools of law and politics to advance our rights. M. Christophe Girard, mayor of the fourth arrondissement of Paris, was the keynote speaker on the first day of the conference.   M. Girard, an out and proud gay leader in Paris stressed the importance of visibility to the group, saying “being gay is not just a private issue.”   Mayor Ed Murray of Seattle was the closing keynote speaker of the conference, and he stressed the importance of leaders coming together to work to advance common goals, even when they may not agree on all issues. In that light, Mayor Murray explained how important it was for him to come to Israel and take part in the conference, despite protests from some parts of the Seattle community.

Transgender and minority issues were at the forefront of the conference.  Day one featured a panel of transgender rights, with panelists Masha Botzer and Dana Beyer from the United States, Surat Shaan Knan from the United Kingdom, and Elisha Alexander from Israel, along with an Israeli trans teenager who asked that his identity be protected. On the second day of the conference, all the participants traveled to Jerusalem to participate in a historic meeting at the Knesset (Israel’s parliament) that focused on transgender issues. Six Israeli trans teenagers gave powerful testimony of their personal stories and the change thy wanted to see the government help bring about.  Said one teen from the periphery of Israel, “ I would sum it up this way: Don’t make me move to Tel Aviv to live a free life. I want it to be Ok for me to be trans and open in the community where I grew up.” In another moving moment, Marsha Botzer of the delegation with A Wider Bridge was given an opportunity to address the session, and her powerful words of support for the teenagers and the Israeli trans community brought the loudest ovation of the day.  Knesset members from every Israeli political party except the religious ones attended the session and voiced their support for the needs of the trans community.  Amir Ohana, leader of the LGBT faction of the Likud party, read a statement of support from Prime Minister Netanyahu.”

A highlight of the last day of the conference were two inspiring interviews with minority voices in Israel’s lgbtq community. The first was with Yaniv J, the charismatic leader of KALA, a relatively new organization serving the Ethiopian community in Israel. Yaniv spoke about the cultural and racial challenges facing his community, and both the similarities and differences with the struggles of the African – American community in the United States. “We were never slaves here,” Yaniv said. “We are Jews and we have been citizens from the moment our families arrived in Israel.”

The second interview was an off the record conversation with a young gay man from the Druze community in the Golan Heights, who is now living and studying in tel aviv. He spoke movingly of the new found sense of freedom and liberation that he has found in tel aviv, along with the pain of having to live in the closet when he returns to his community.

Arthur Slepian, Executive Director of A Wider Bridge, closed the conference by saying, “We have made history here in Israel this week. But let’s not let it end here. Let’s take the momentum home with us and work to ensure that this conference is only the beginning of a stronger and more global movement for LGBTQ equality.”  Slepian also praised the courage of those who attended despite being asked by some in their home communities to boycott the event. He added “I hope this conference serves to help move our communities away from the self-defeating strategy that there is something to be gained from refusing to talk with one another.   Engagement, not boycott, is the path that will lead us to being stronger together.