Journalist and activist Lynare Robbins from Miami was sent to Israel in 2015 on a journalism mission and fell in love with what Israel had to offer; This week she returns with A Wider Bridge’s 2016 LGBT Leadership Mission, and before hopping on the plane to Tel Aviv, Lynare speaks to us about LGBT activism and the similarities between Florida and Israel. 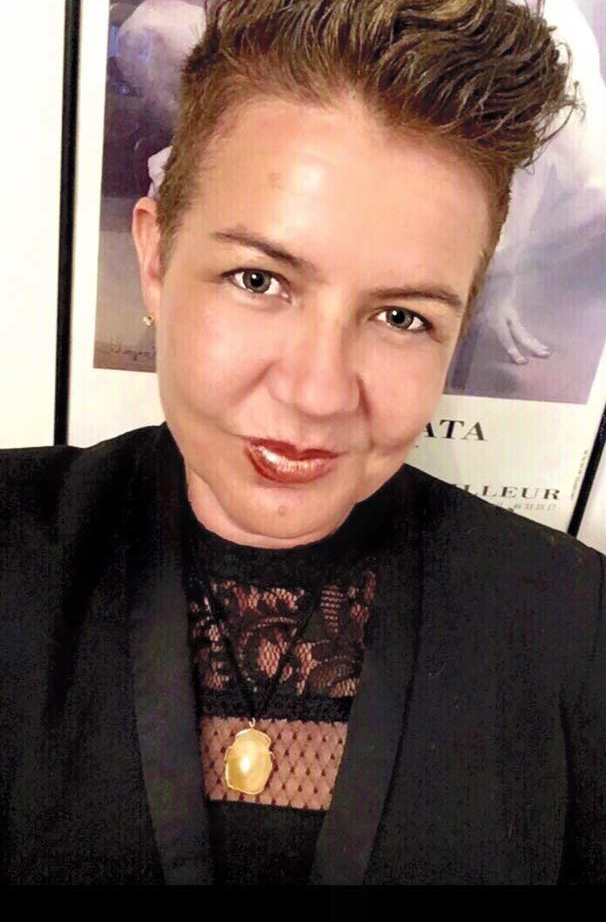 In 2015 Lynare Robbins was sent on a journalism assignment to cover the ever-growing world-famous Tel Aviv Pride Parade. Little did she know that this assignment would spark a continuing romance with Israel. “During the week of Tel Aviv Pride, A Wider Bridge had organized a Human Rights Conference called ’40 Years of Pride’,” Lynare explains. “Although the conference was not on my itinerary to attend, I saw the program and was impressed with the list of international activists and speakers, such as Karine Jean-Pierre, Adjunct Professor of Columbia University and Former White House and Obama Campaign Political Advisor; Davis Mac-Iyalla, Nigerian LGBT Activist; Yiscah Smith, Transgender Jewish Educator; and other trailblazers from around the world who were present at the conference. I then met Arthur Slepian at a reception at the French Embassy in Tel Aviv and was impressed with what he explained as the mission of A Wider Bridge.”

Robbins, a freelance journalist, lifestyle curator and screenwriter from Miami, has been professionally involved with numerous artistic and non profit organizations in the South Florida area. She’s also the founder and President of Robbins Global Innovations, a boutique Public Relations, Multi-Marketing and Event Brokerage agency. This week she joins a group of LGBT leaders on A Wider Bridge’s 2016 LGBT Mission to Israel, in which she will meet with Israeli LGBT leaders and community representatives and will learn about the struggles and the triumphs of the diverse LGBT community in Israel.

“I am particularly looking forward to exploring the diversity of the country and meeting people from various backgrounds,” Lynare shares. “For people who have never been to Israel, they may think of it as a place where only white Europeans dwell, but in reality, there are people from so many neighboring countries that have immigrated to Israel from countries such as Russia, Yemen, Syria, and Ethiopia, where they may have a central basis of the Jewish religion in common, but culturally they are widely diverse. And even with the Jewish religion there are numerous variations, just as there are with Christianity or Islam or any other religion.”

“I think it is important to remember that Palestinian and other Arab Israelis such as the Bedouin people also reside in Israel and practice Islam, as well as Christians and the Druze,” she adds. “I am really looking forward to finding out how Israel has managed the process of integration in such a short period of time. As parts of our world are in crisis, both economically and politically, and we absorb more and more people from conflict regions, it would be helpful to know how countries such as Israel manage an extremely large scale of diversity and an influx of immigration, especially when it is the size of New Jersey.”

Although her history with activism dates back to the 1990s, Lynare’s history with LGBT activism has really been most significant since moving to Miami, Florida seven years ago. “Miami is a unique city because it is a city that is definitely on the map for tourism, art and cuisine,” she explains, “but in terms of entrepeuneurship and activism there are constantly new ideas and strategies sprouting up. Historically it has been a transient city, but the population is now growing year after year, which means that sustainability is something that is a new frontier in Miami. Therefore, what might have already been done and is in place in cities like New York or San Francisco, hasn’t been implemented in Miami yet. Therefore it is a fresh place to access what the needs are and really roll up your sleeves and put the work into making it happen. I think this makes activists in Miami more proactive, because also living in a politically conservative state means that we cannot take anything for granted.”

According to Lynare, the LGBT movement’s struggle for equality in Florida is similar to the one in Israel. “Every civil right granted to the LGBT community in Miami has been the result of the work that activists and organizations like SAVE and Equality Florida and others have worked so hard to accomplish,” she says. “The reason why we have allies in the straight community in Miami is because of the one on one meetings that take place where our ally gets to meet an LGBT activist one on one and then sees him or her as a person, not as four letters in the alphabet. This is really important and this is the work we are doing in Miami. Our LGBT organizations work together to accomplish goals for Miami.”

What do you think is the biggest challenge for Israel in LGBT issues (and in general) nowadays?

“I would like to answer this from my heart, so I am going to be direct and say that I believe the biggest challenge right now is the complicated history and political issues of Israel that are applied to the LGBT movement .I think the topic is not cut and dried, and it is instead very nuanced. LGBT domestic issues then become merged with foreign policy or military policy and judged as a whole collective body instead of individually, and that isn’t fair. This doesn’t happen in any other nation when assessing their LGBT movements or milestones. I see the LGBT community in Israel doing so many wonderful things for people, and yet I sometimes see those accomplishments that are coming from a sincere place being dismissed because of political criticisms. I have met some of the LGBT activists in Israel who are human beings, not symbols, who are trying to do good. When I have seen and heard this happen I have thought to myself that I am from a country that invaded Iraq without just cause, as now the general consensus has decided, and yet the LGBT movement in the United States is not on trial for what our government decided to do. No one has accused our organizations of a conspiracy to cover for any questionable policies or actions that our government is responsible for, so why does this happen to the LGBT community in Israel, which is fighting the same fight as LGBT people in every other part of the world? We are all fighting for the right to have equality and be seen as people and not to be stereotyped and to be given respect unless our personal actions discredit us.”

Lynare says that her coming out story is a bit painful, as she was in a “bible belt” region of the United States and it wasn’t easy both with the climate in the community or within her own family structure. “I had to go through a lot of different phases in order to get to a place where I can look in the mirror and can see the gifts that God has given me to be a contributing member of society,” she says. “It was difficult because I had no role models and I was always searching for acceptance and connection. Joining the military helped me find my way because there were so many people from all walks of life there. We had no choice but to find out what our common ground was. I learned how to not judge others on appearances and learned that there is always more than meets the eye with human interaction. During and after I completed my military service I earned my college degrees and explored a few different careers and did a bit of traveling. As a result, I would say that my coming out story has many chapters and could be made into a book, because I had to live various story lines and do a lot of exploring to find my place and a role that makes me happy.”

One of the things that she’s really proud of is the 4th Global LGBTQI Human Rights Conference that will be held at World OutGames Miami 2017 in Miami Beach from May 26th to May 28, 2017. Lynare is directing the conference and working with a team of three co-chairs to program it with presenters from all over the world. “It is going to be amazing and I am looking forward to activists from around the world getting to know Miami and our LGBT community here,” she says. “I think Israel is similar to Miami in the sense that it is small enough that LGBT organizations have learned that the most effective way to create impact is to collaborate and work together. I have met the Ma’avarim Youth Transgender organization from Tel Aviv and they share space with the Aguda in Tel Aviv, so that is an example of how I interpret how it may be done in Israel. “