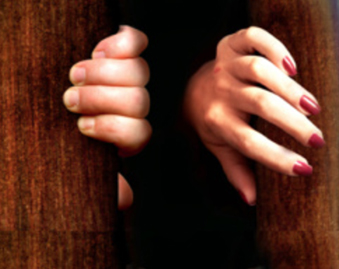 Transgender ultra-Orthodox case reveals painful clash of minority communities; Judge makes clear his struggle and regret in ruling that transgender woman cannot see children for fear they will be ostracized

It was a “collision of two unconnecting worlds”, said the judge. One was the isolated, closed environment of ultra-Orthodox Jews; and the other, the painful, complex world of a father once within that community who identified as a woman. Caught in the middle were five children, aged from two to 12.

It was also a collision of legal rights: of children to have contact with and the love of both parents; of religions to practise their beliefs; and of transgender people to equal treatment.

The question facing Mr Justice Peter Jackson was this: should a transgender ultra-Orthodox woman be allowed to see her children in the face of the community’s threat to ostracize the family if contact was permitted?

His decision this week was one that shocked many observers. In a 41-page judgment that offered a rare intimate glimpse into a closed society, he said: “I have reached the unwelcome conclusion that the likelihood of the children and their mother being marginalized or excluded by the ultra-Orthodox community is so real, and the consequences so great, that this one factor, despite its many disadvantages, must prevail over the many advantages of contact.

“I therefore conclude with real regret, knowing the pain it must cause, that the father’s application for direct contact must be refused.”

The woman, known as J, grew up in a strict haredi community, an insular subset of ultra-Orthodox Jewry, in north Manchester. In such communities, Jewish law governs many aspects of daily life: dress, food, education, culture, language (haredim speak Yiddish among themselves). Men are distinguished by their black hats and suits, long beards, and peyot (curled sidelocks); women dress modestly and cover their hair, often with wigs. Access to television, the internet and social media is not permitted. Outsiders are rarely welcome.

Continue reading on The Guardian