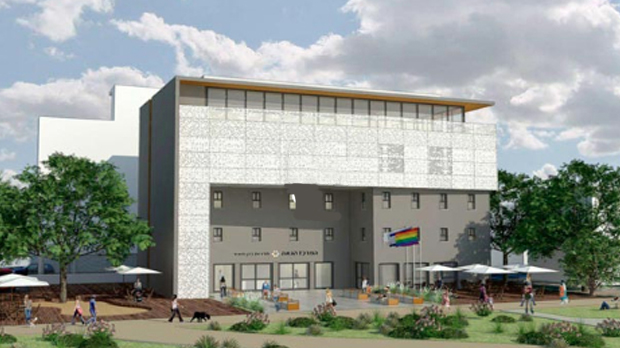 Five floors, events hall and more classrooms: The LGBT center in Meir Park, which has become the most identified place of the LGBT community in Tel Aviv, will soon begin renovations at a cost of NIS 20 million (approximately 5.7 million dollars). “Everyone understands that this is one of the pillars of the community.” 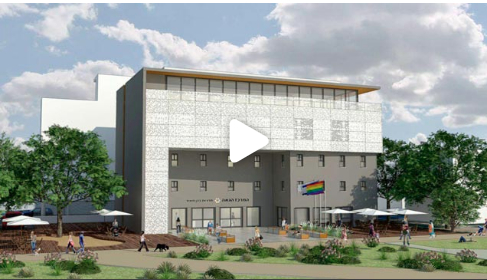 The Tel Aviv-Jaffa municipality will begin renovating the LGBT center in the city’s Meir Park, which since its establishment a decade ago has become the most identified place with the LGBT community. The NIS 20 million renovation project is expected to last 2 years. During that time the activities of the community will take place at other community centers.

According to the plan, which was exclusively revealed to Ynet, the new building will spread over five stories (in addition to a basement). It will include events space for up to 200 people on the upper floor and will allow additional classrooms and offices.

“The center is considered unique and the first of its kind in the world that was established by the municipality itself,” explained city council member and gay community leader Etai Pinkas-Arad. “I remember turning to the mayor a little over a decade ago and told him that a place for the community should be established. There were doubts about the need for a place like this. Today, everyone understands that this has become one of the pillars of the LGBTQ community.”

Pinkas-Arad explained that in recent years there has been a dramatic increase in the number of events in the place, so there was no choice but to enlarge the structure and the activities within it. “When I was chairman of the community, the center was mainly used for offices, but today there ‘s a demand for more varied and recreational activities. Because the political power of the community has grown and more people are coming out – we realized that this change must be made sooner than later. Everyone comes to the center, both after good events and after bad events, because this is the heart of the community and its display window.”

“This year there’s a succession of joyous occasions that are interrelated,” said city councilman Yaniv Weizman who serves as the mayor’s advisor on LGBTQ community affairs. “We are celebrating our state’s 70th Independence Day, it’s ben 20 years since the first gay pride parade in Tel Aviv and a decade since establishment the LGBT center.”

“The LGBT center has become the face of the community,” Weizman added. “The renovation and the expansion, this is part of our reality and our existence. This year the Pride events’ theme is Veterans in the Community, which means that we are remembering the past on one hand, and on the other hand we are facing forward to renewal.”