The Federation of Gay Games celebrates its 30th anniversary this weekend in Los Angeles. 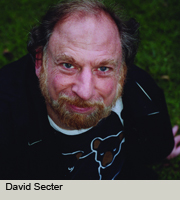 Beginning in San Francisco, Aug. 28 – Sept. 2, 1982, The Federation of Gay Games, an all-volunteer organization, ensured that the Gay Games, the largest sports and culture festival in the world open to all, would take place every four years under the founding principles of Participation, Inclusion, and Personal Best.

Marking the 30th anniversary this year, the celebration takes place this weekend, Saturday and Sunday around West Hollywood in Los Angeles, and will include book readings of “The Frontrunner” and “The David Kopay Story”, a presentation of “Fearless”, wrestling matches, Big Gay Frisbee, and a celebration lunch at the House of Blues. During the celebrations, the Federation of Gay Games will present a medal of honor to David Secter, a Canadian-Jewish filmmaker best known for the 1965 film “Winter Kept Us Warm”, the first English Canadian film ever screened at the Cannes Film Festival. Widely considered a key milestone in the development of Canadian film, “Winter Kept Us Warm” was a gay-themed independent film written, directed and funded entirely by Secter while he was a student at the University of Toronto.

In 2005, David directed and released “Take the Flame! Gay Games: Grace, Grit and Glory”. The film is a monument to the history of the Gay Games movement, and remains a powerful tool for educating and inspiring new generations of participants in the LGBT sport and culture movement.

As a part of the celebrations, we would like to take a look back to the 1998 Gay Games, when Israel’s most famous transsexual Dana International took the main stage to perform the song ‘Free’ at the closing ceremony.