The largest survey of its kind conducted by Gallup is based off of interviews with 121,000 people, which according to the pollsters makes it the biggest of its kind. 3.4% of all Americans identified themselves as part of the LGBT community. 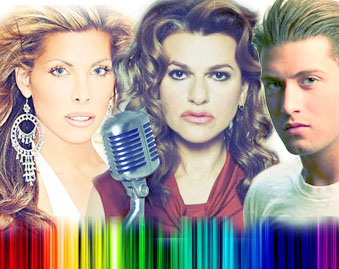 Measuring the nation’s gay population has always been tricky. Those who identify as lesbian, gay, bisexual or transgender are still subject to social stigma, and many are not comfortable answering questions about their identity. Mayve this is why 3.4-percent firgure will seem low to many

Gallup interviewed 121,000 Americans and found that the highest percentages of LGBT identification occurred among non-white, younger and less educated American. Demographer Gary Gates said the survey sheds light on the diversity and complexity of the LGBT community. “They offer an unprecedented resource for informing LGBT-related debates like those regarding marriage, parenting and workplace discrimination with much-needed facts rather than stereotype or anecdote,” said Gates, a scholar with the UCLA School of Law’s Williams Institute, which researches sexual orientation and gender identity issues.

The Gallup poll showed that 4.6% of African-Americans identify as LGBT along with 4% of Latinos and 4.3% of Asian-Americans. Only 3.2% of white Americans say they are LGBT. More women – 3.6% – identified as LGBT than men – 3.3%. That means 53% of the LGBT community are women. And, perhaps not surprisingly,  younger adults between the ages of 18 and 29 were more than three times as likely as seniors 65 and older to identify as LGBT – 6.4% of younger Americans said they were LGBT versus 1.9% of older people.

Read the full article on CNN

Read more on this survey:

How Many Americans Self-Identify as Gay, Lesbian, Bisexual or Transgender? (Slate, October 19 2012)