Twenty-six LGBTQ community leaders and personalities joined A Wider Bridge staff on a 10-day mission to Israel to experience the country through an LGBTQ lens. This powerful trip changes lives, allowing them to go beyond the news headlines and soundbites, and embrace the nuances of this complex country. 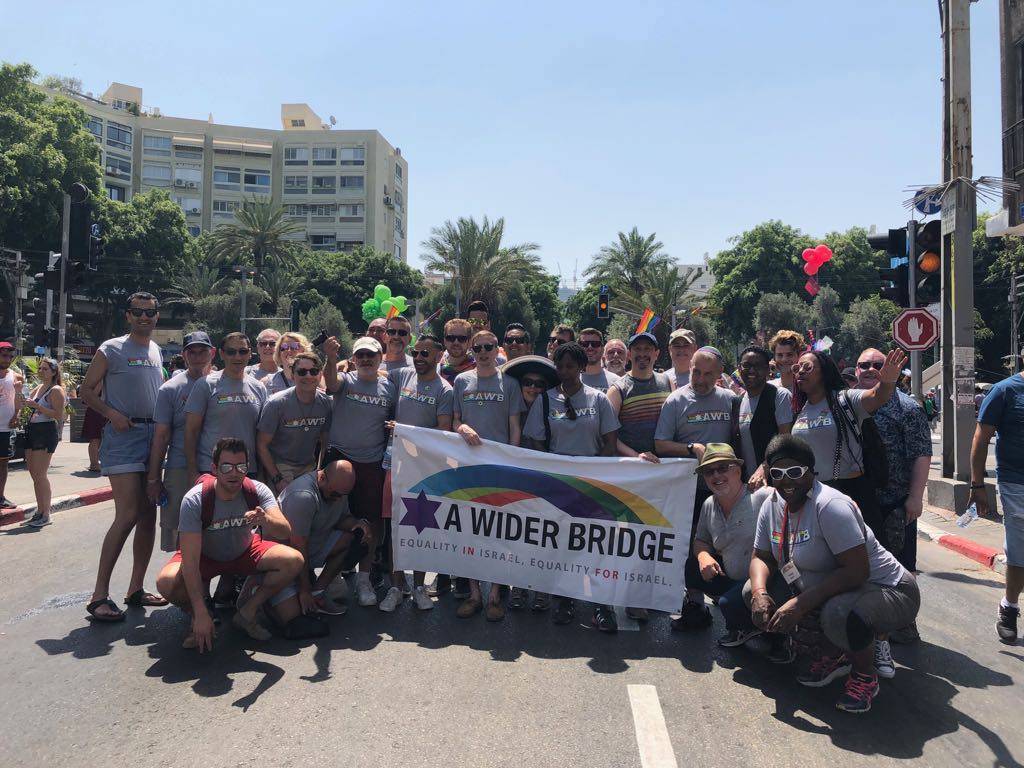 The trip took participants to the north of Israel, where they visited the Golan Heights and peered over to Syria. They toured LGBTQ centers in Haifa, Tel Aviv and Jerusalem, where they met with LGBTQ leaders working for equality. Participants journeyed to the West Bank, where they visited “The Roots,” center committed to peace between Israelis and Palestinians. A trip to Ramallah took the group behind the separation border. At the Knesset, the tour met with elected officials from different political parties, all committed to LGBTQ issues. They also visited the Yad Vashem Holocaust Memorial, and learned about the Holocaust from a LGBTQ lens. The trip concluded with Tel Aviv Pride, this year drawing 250,000 participants, the largest pride parade ever in Israel, and the only one in the Middle East.

During this whirlwind tour, space was opened up for participants to think, feel, and engage with the issues in a complex and nuanced way.

“I think it’s a beautiful trip. There’s a space for everyone’s opinion. I leave with the tools to investigate the issues on my own.” – Niki Lopez 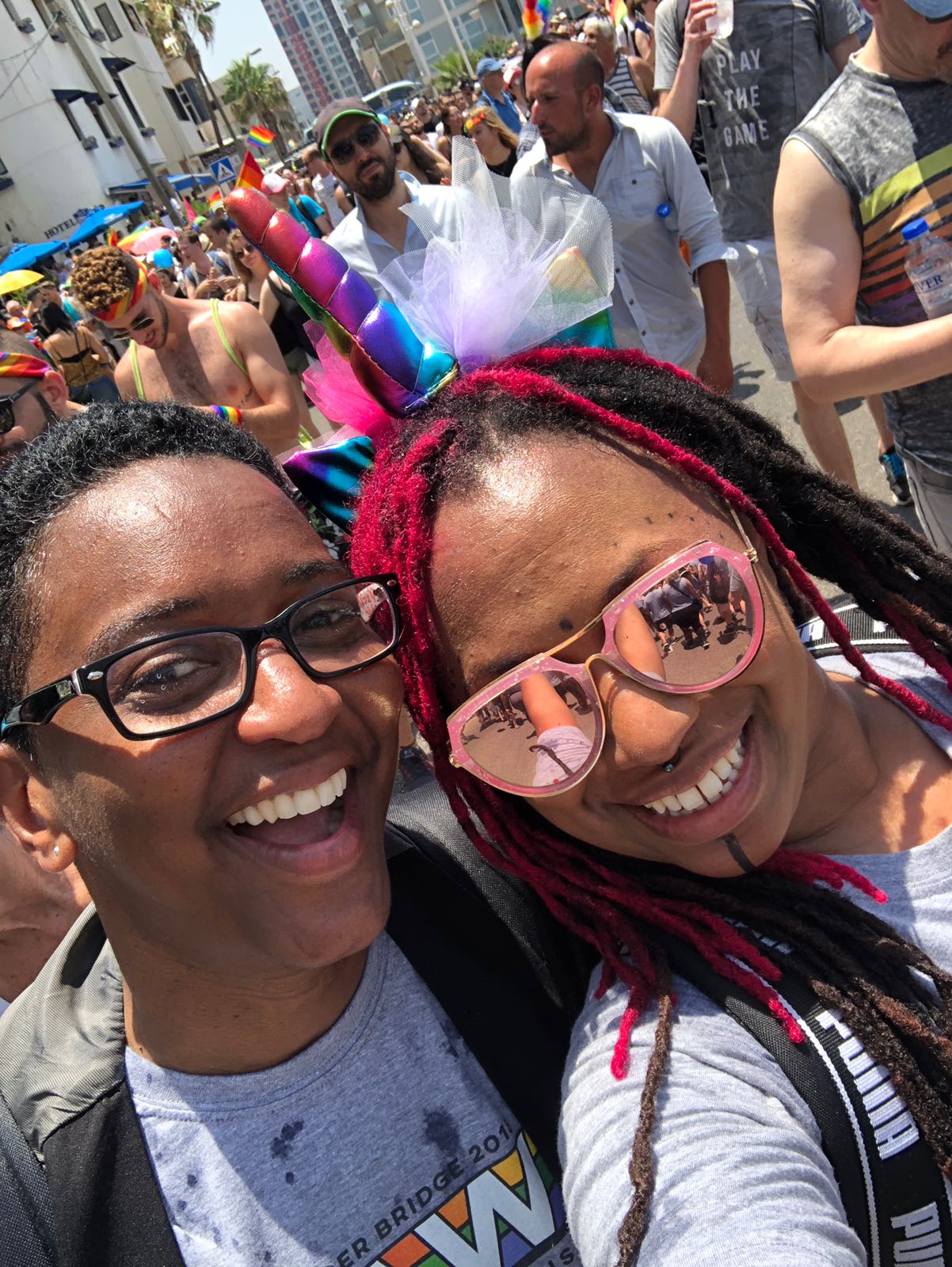 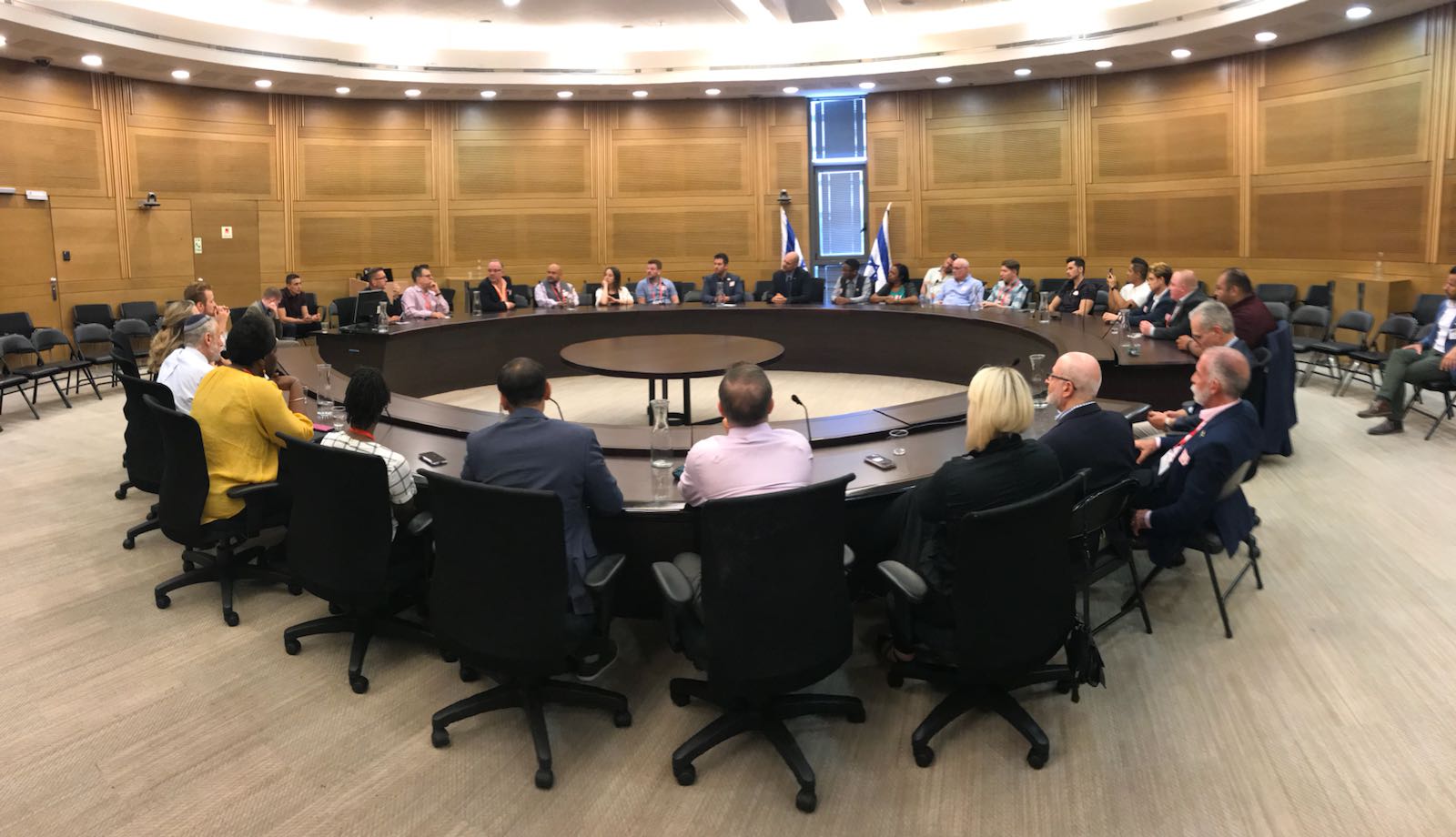 “A highlight for me was the Knessset, it was so exciting walking through those doors and meeting with elected officials from different political parties all committed to LGBTQ issues.” – Fred Karger, Politician, Gay Rights Advocate 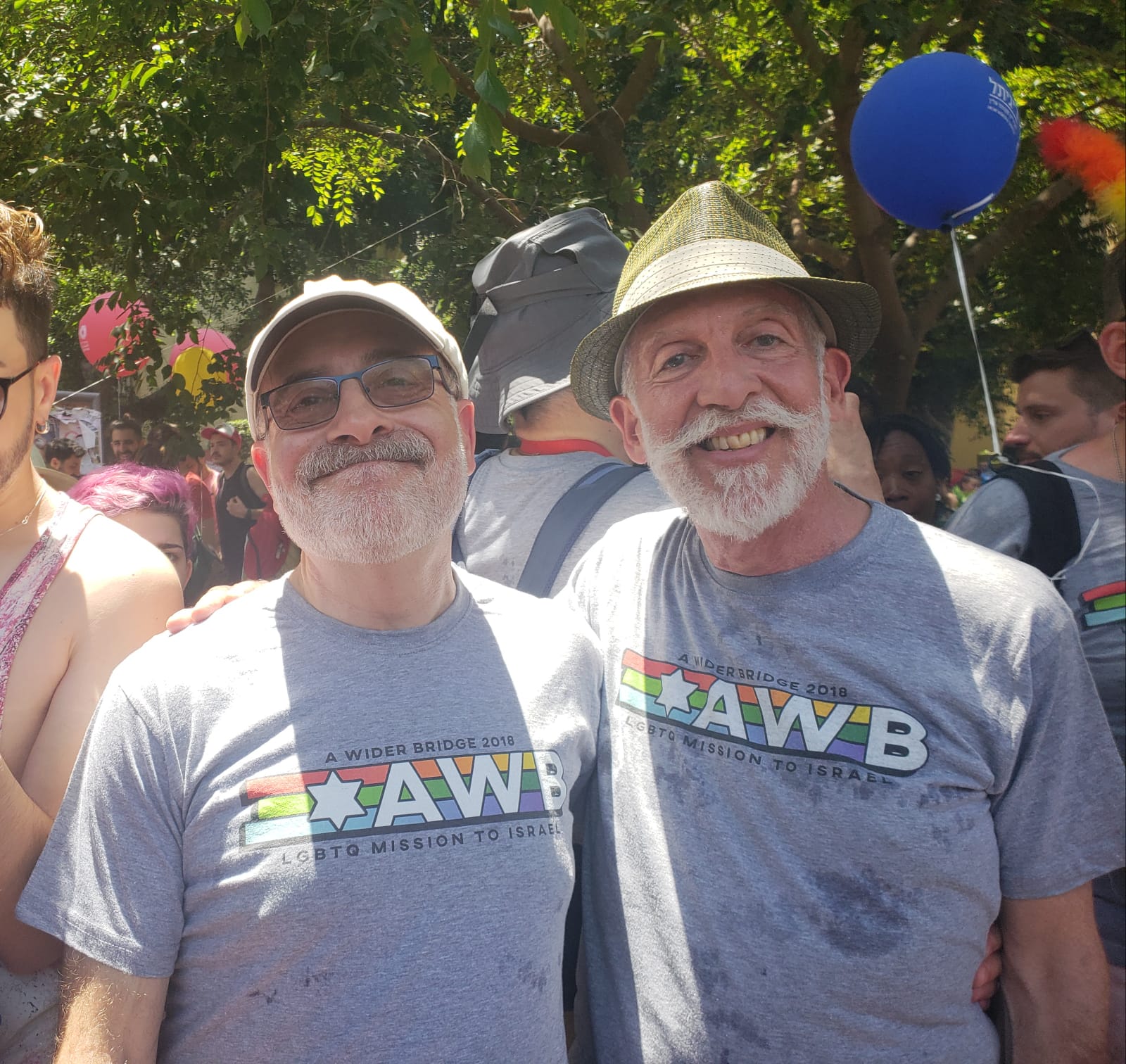 “When we were here 25 years ago, whatever LGBTQ culture there was, was very underground.  Now there are so many visible LGBTQ groups and in Tel Aviv, rainbow flags everywhere.” – Andy Austin with Michael Sonberg 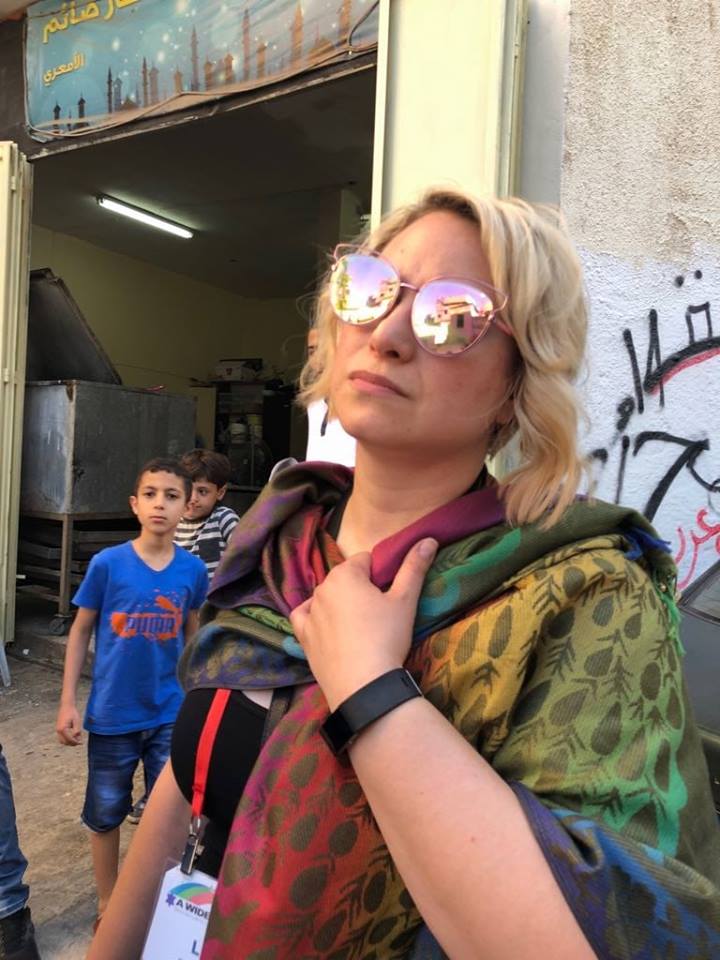 “No matter one’s view on the Israel/Palestine question, LGBTQ people exist in Israel and they deserve human rights and equality, just as we in the U.S. do.”  – Liz Bennett, Iowa State Representative 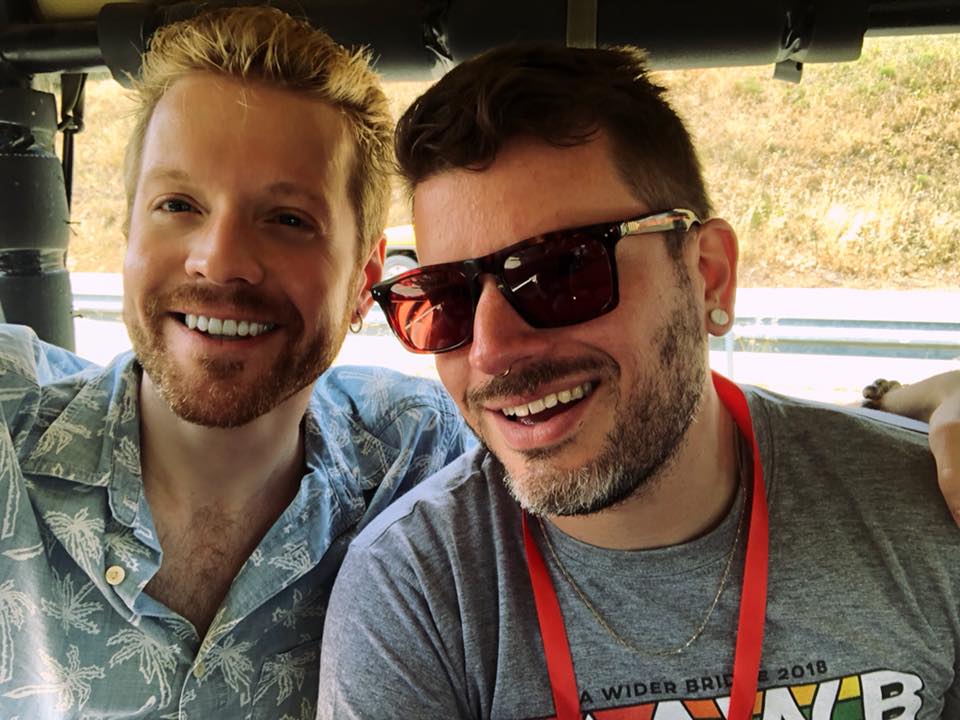 “I left with a better picture of both issues facing the Israeli LGBTQ community, the Israeli-Palestinian conflict, and more equipped with resources to continue to investigate the issues on my own.” – Michael Bare 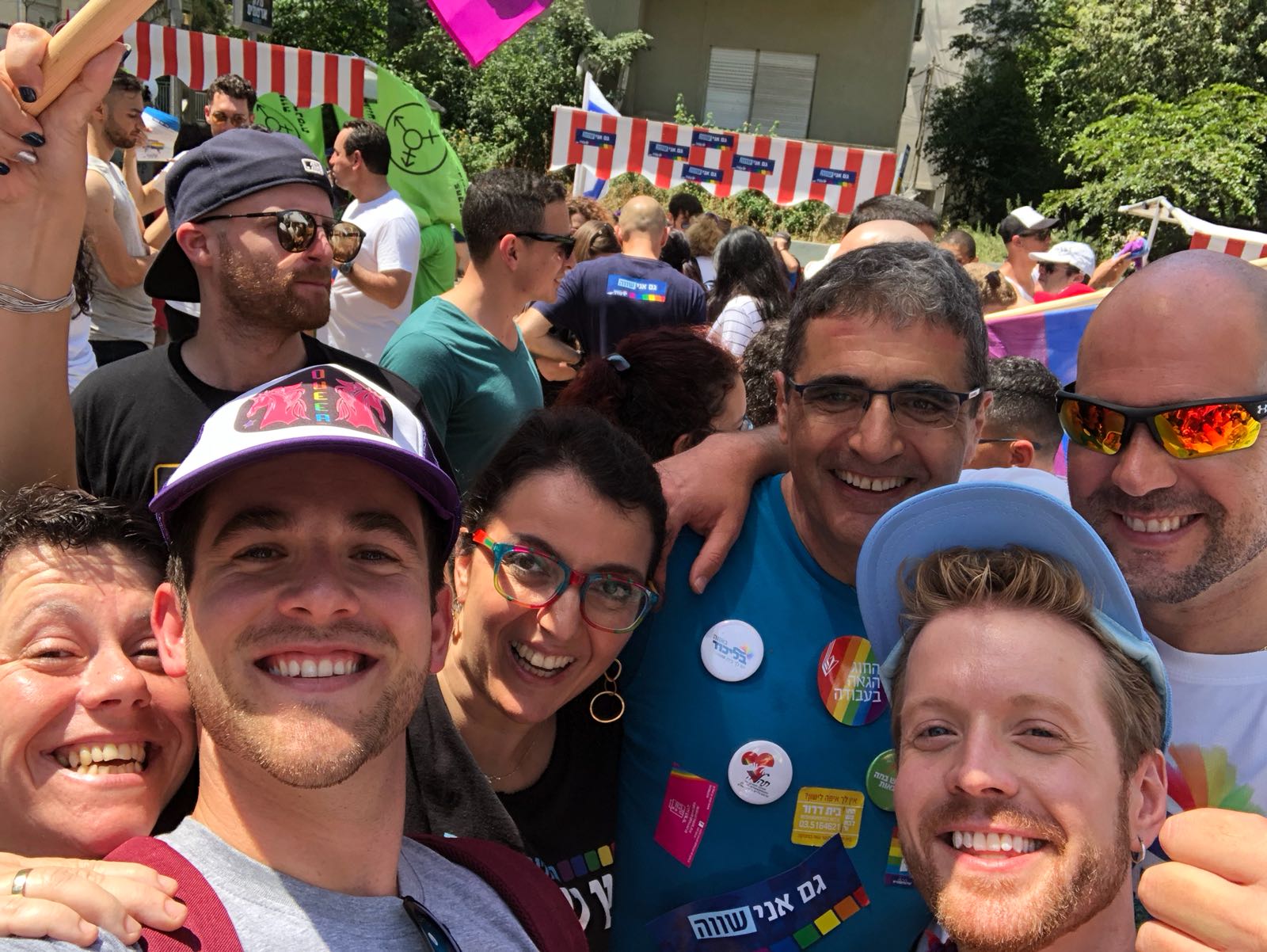 “Tel Aviv Pride was an amazing, incredible, exhilarating experience. What a joy it was to be able to celebrate Pride with 250,000 beautiful, smiling, proud, joyful, love-filled members of my LGBTQA family from across the region and around the world!” – John Becker 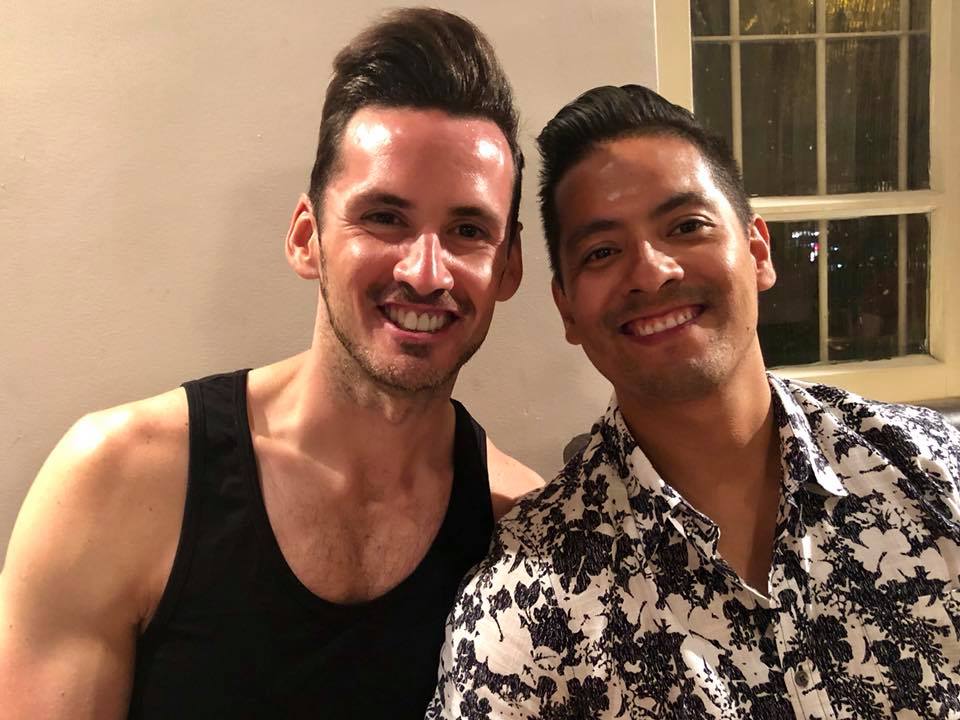 “The continued theme I kept hearing from everybody was hope.” – Juan Camacho