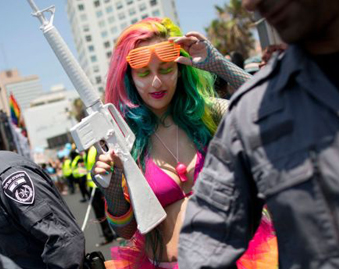 Mostly bitter news, but some defiantly sweet: the most important LGBT headlines out of one of the world’s most violently homophobic regions. 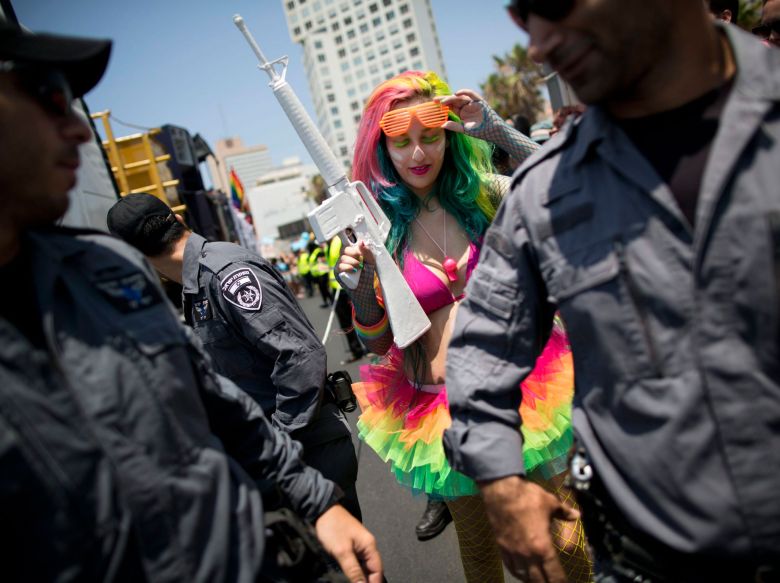 From mass arrests in Egypt and Lebanon to executions in Syria and Iran, 2014 was a largely acidic year for LGBT Middle Easterners, who are subject to some of the world’s harshest anti-gay laws and societal attitudes.

Yet amid the reports of persecution, there was good news for the community, mainly from Israel and Turkey, the two Middle Eastern countries with most legal protections for LGBT citizens – with one hopeful headline out of Lebanon, too.

In December, ISIS released graphic photos showing a man being thrown off a building, along with a statement reading: “The Islamic court in Wilayet al-Furat decided that a man who has practiced sodomy must be thrown off the highest point in the city.” The man’s body was then pictured lying lifeless surrounded by bricks; it was unclear whether he died from the fall or was then stoned to death. The previous month, Islamic State jihadists reportedly stoned to death two Syrian men, claiming clips on the first man’s cell phone showed him “practicing indecent acts with males.”

Israel / An LGBT haven – albeit imperfect

For those looking for upbeat headlines, Israel did not disappoint. Multiple gay pride parades were held across the country in 2014, with the flagship Tel Aviv Pride parade drawing 100,000 people, and Jerusalem marking its 13th such event. The Health Ministry came out against gay conversion therapy and then Health Minister Yael German spearheaded a bill equalizing surrogacy rights for gay couples. In September, Israel got its first openly gay congregational Conservative rabbi, and in November, Israel began issuing ID cards that allows people to list two fathers or mothers. Also, after a two-year hiatus, a sex-change surgeon specialist began operating in the country.