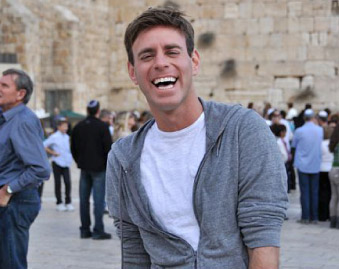 In the fall of 2011, twenty LGBT Jews joined us on an historic journey through Israel. These are some of the words participants used to describe the trip.

In addition to seeing the historic, religious and natural sites of Israel, our trip focused on connecting and engaging with multiple aspects of Israel’s LGBT communities. We met with religious LGBT leaders, both Orthodox and Progressive/Reform, the leaders of Jerusalem Open House, the Director of Al Qaws (the leading Palestinian LGBTQ group), and leaders of Israel Gay Youth, Hoshen and Tehila (Israel’s equivalent of P-FLAG: Parents, Families and Friends of Lesbians and Gays). We met with several of Israel’s gay political leaders, including Knesset member Nitzan Horowitz and Adir Steiner of the Tel Aviv mayor’s office. We met with a panel of four Israeli transgender activists, and with the director of Tel Aviv’s lesbian film festival. We visited the Bar Noar in Tel Aviv, the site of the August 2009 shooting and murder at an LGBT youth group, and we were moved by the story of how participation in this group has more than doubled since that tragic event two years ago. We had our first Shabbat in the desert under a full moon, and the second in Tel Aviv, as the guests of Yachad, an Orthodox minyan that is now about 30% LGBT. After services, we joined them in their meeting room for an amazing Shabbat dinner.

Our trip began in the desert, we encountered the beauty and challenges of Jerusalem, and we ended in Tel Aviv, a city founded more than 100 years ago and now one of the most vibrant and LGBT-friendly cities in the world. Everywhere we went, we met people whose stories and work were inspiring. We grappled with what a wondrous, difficult and complicated place Israel is, and we found ways to have fun. By the end, one thing everyone agreed on was that they wanted to come back.