10 years ago, Keshet released a documentary that catalyzed a transformation in Jewish life for gay people. 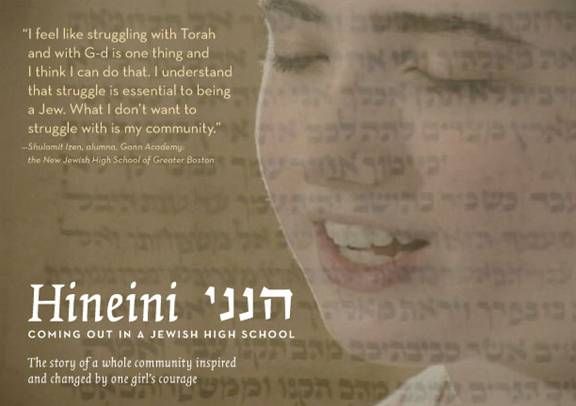 A dozen or so years ago, I was working as an educator at a large Conservative synagogue in the suburbs of Boston. Gay marriage was on the verge of legalization – and therefore on the front page of the newspaper every day.

The Conservative movement had not yet revised its decades-old opinions of sexuality, which could be summed up as, “We don’t hate you, but we’re going to leave it up to individual synagogues as to whether we treat you like members or allow you to do anything.” And despite being one of two openly gay educators at this synagogue, I found myself inching back into the closet at work due to an environment that made it clear that while it might be okay to be gay on my own time, no one wanted to hear about it on the clock.

Imagine my surprise when one day I received a survey in my mailbox at the temple office full of questions about gay people in Jewish settings. I excitedly filled it out, despite my confusion as to how to answer questions such as, “Do you know any gay people?” (I mean, sure I do, but that’s a weird question to ask someone who is himself gay – which there was no opportunity to reveal in the survey proper.) At the end of the survey, I checked off the box indicating I would like to learn more about the organization sponsoring this study and maybe even get involved.

The following fall, a colleague of mine stood up at a regional meeting of synagogue youth educators and told us that he had become involved with Keshet and now sat on their Safe Schools Committee, working with other volunteers to help make Hebrew schools better for LGBT kids. He invited any of us who were interested to join him at the next meeting. My inner sense of gay pride kicked in – if this straight colleague of mine could give his time for this cause, surely I could – and soon I was sitting around a folding table strategizing.