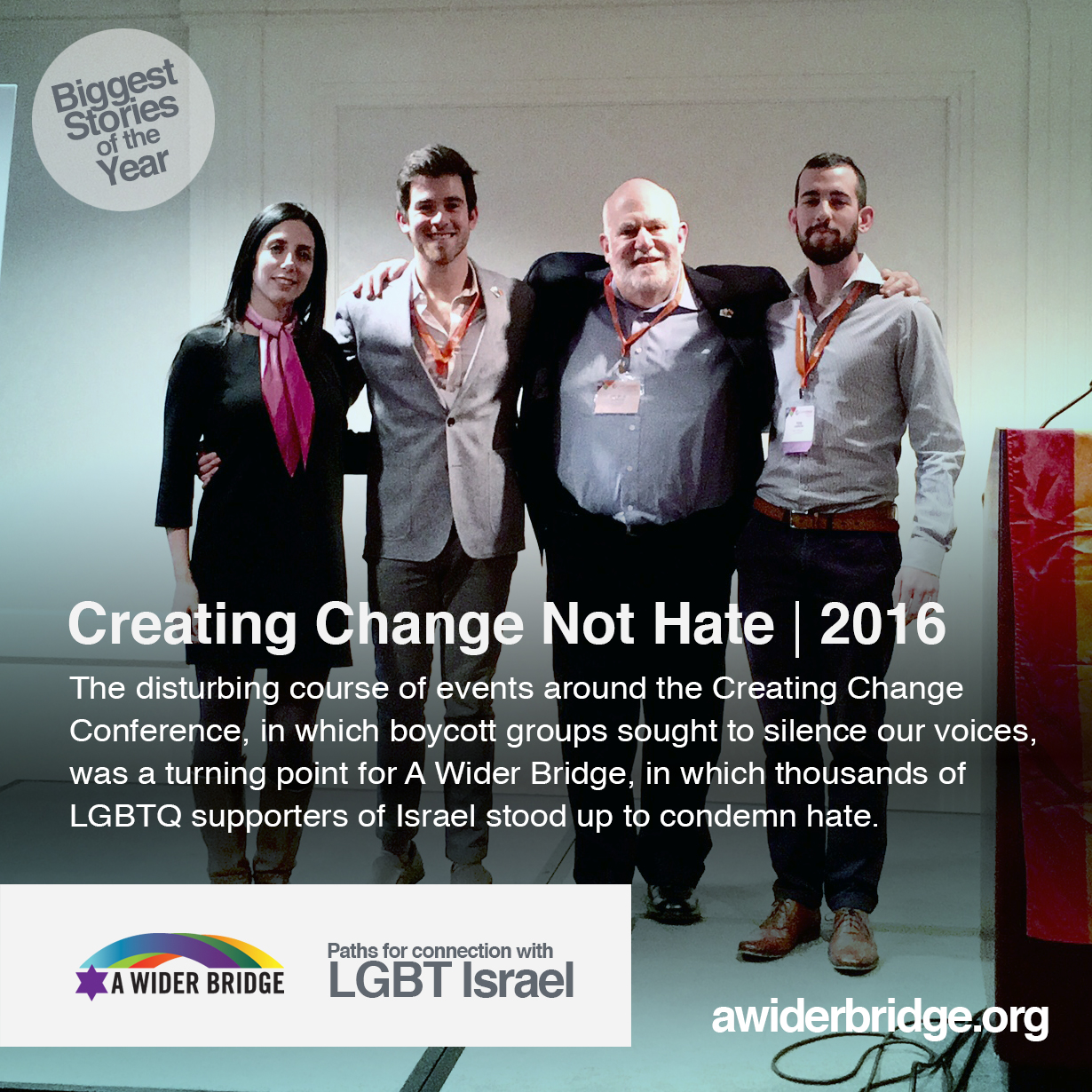 By far our biggest story of the year, with thousands and thousands of clicks. Here’s the full development: After being approved as a part of the program well in advance, the National LGBT Task Force, organizers of the Creating Change conference in Chicago, caved into extremist anti-Israel demands and announced on January 17 that A Wider Bridge-sponsored reception with two leaders of Jerusalem Open House, that was to be held on Friday, January 22, was canceled. Following the announcement, famed LGBT voices blasted Task Force for banning the event. Led by marriage equality champion Roberta Kaplan, who led a petition signed by over 60 leaders, more than 1400 signatures were collected in the petition penned by A Wider Bridge. Finally, on January 19th, the Task Force reversed its decision and re-invited A Wider Bridge and the Jerusalem Open House leaders. But it didn’t end there.

During the reception on January 22, in the hallway outside our program, about 200 protestors blocked many others from entering the room, and turned the LGBT Task Force’s conference and the Hilton Hotel into a fire storm of hate that felt truly unsafe and threatening to many of our participants, and especially to our Israeli guests. At one point the protesters entered the room and took control of the program so that it couldn’t continue, and the event was shut down, with security guards having to escort our guests out of the room, as documented on our video.

Related: Consider a year-end gift to A Wider Bridge, to support our work in 2017

The event caused a discourse for weeks, raising the issue of hate towards Israel, subsequently directed at the Jewish people, and the unwillingness to see that regardless of politics, the LGBT struggle for equality in Israel is just the same as the struggle in the U.S. or any other part of the world.