A controversial presentation was waiting for those who were getting married or divorced at the Chief Rabbinate in Tel Aviv last week. Three drag queens (Nona Chalant, Lady G and Dixie D’boner) were waiting at the entrance to the place, demonstrating in protest before the forthcoming elections in Israel. The goal: to raise awareness of same-sex marriage in Israel. “People were wishing us Mazel Tov, until they realized that we were drag queens, and not a real couple who just got married.”

As more and more countries open their gates to gay marriage, it seems that the struggle of gays in Israel for the right to marry remains distant. But there are those who do not give up: earlier this week, drag queens Nona Chalant, Lady G and Dixie D’boner, stood in front of Tel Aviv’s Chief Rabbinate for a few hours, dressed in bridal dresses (and Nona as a groom). The three reached the steps of the Rabbinate to demonstrate for gay marriage in Israel.
Three queens walked from there to Rabin Square, getting Mazel Tovs from all the people passing by, who confused them at the beginning with a real wedding photography session.

Chalant, who has recently established her fashion project ‘House of Nona’ in which she collaborates with young artists, says that this presentation is just the beginning. She intends to appear at Rabbinate branches throughout the country and even at the Knesset. “I like to make a drama out of everything. Help me spread the word and together we’ll make a real difference.” The event was part of a new “campaign” of a drag queen party N.SH (Nona Chalant’s initials which also means ‘Woman’ in gay slang) that we somehow feel is not expected to pass the threshold this year. Maybe in twenty years? Good Luck, Nona. 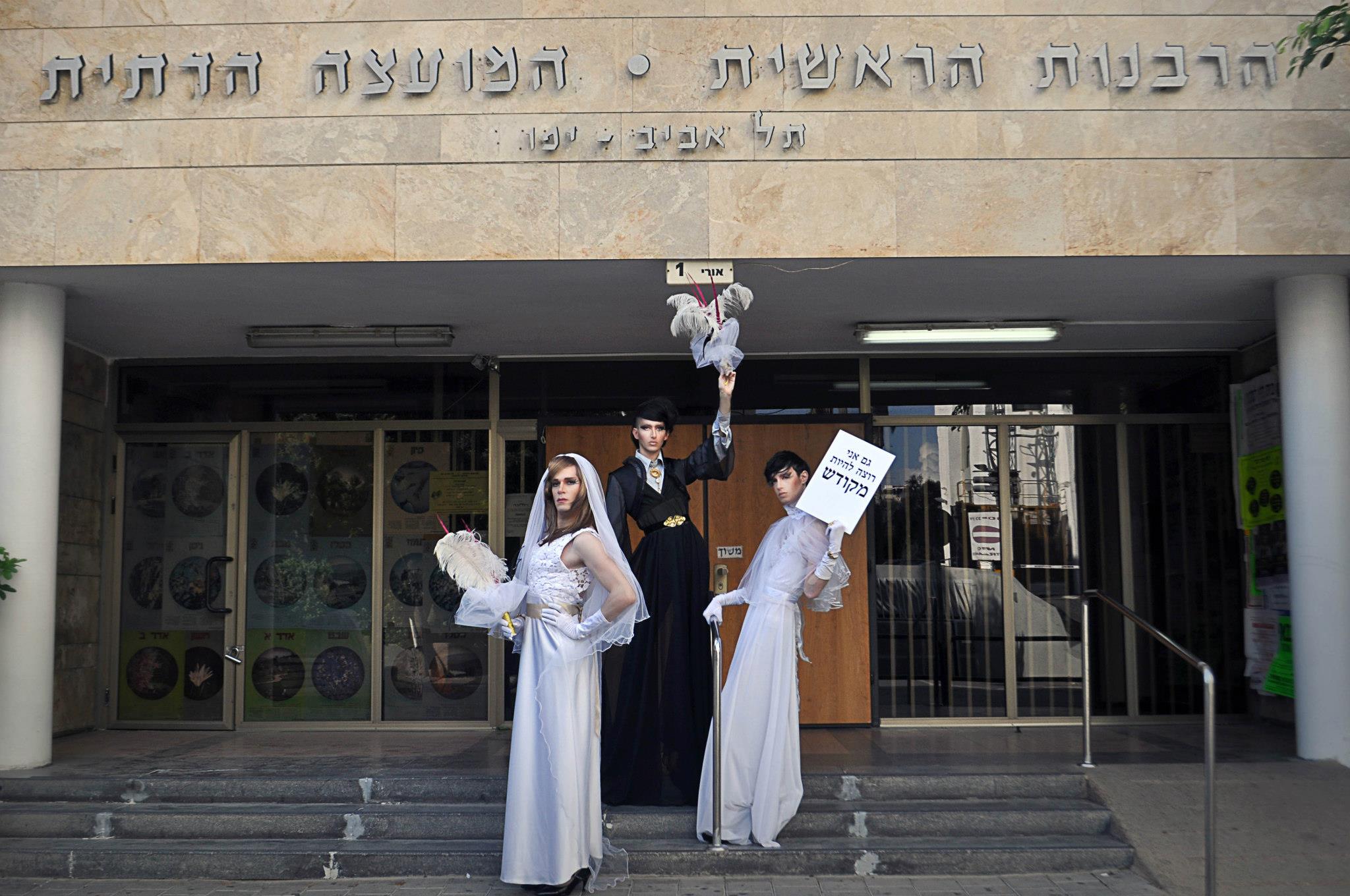 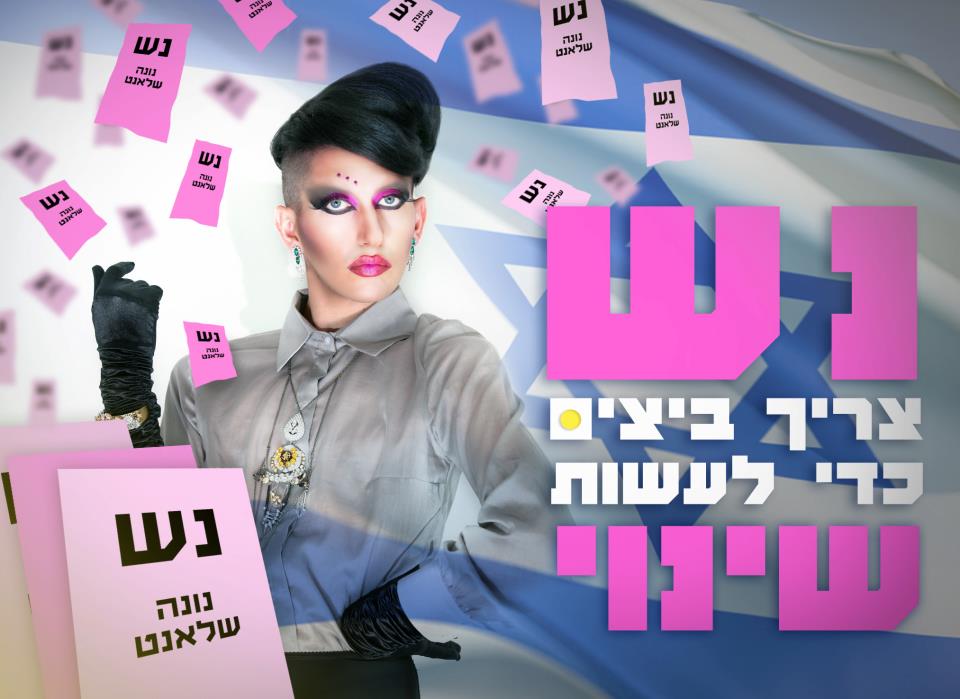