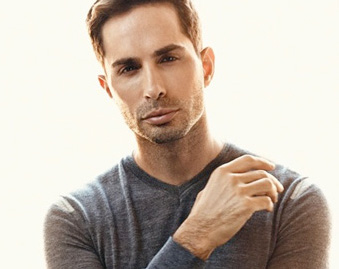 The movie, which is titled ‘Campaign of Hate: Russia and Gay Propaganda’ follows Russian LGBT men and women Lucas has met while researching current LGBT life in the country, hoping to educate viewers on their reality.

“As most of the world moves forward toward gay equality, Russia is seemingly heading backward,” writes Lucas in a statement that accompanies the release of the trailer. “Antigay sentiment and legislation are spreading rapidly throughout the country. In 2013, the Russian parliament passed a ban on so-called ‘gay propaganda’ that effectively makes nearly any public discussion of gay equality a crime.”

“The city of Moscow has outlawed Gay Pride parades for the next 100 years,” Lucas continues. ” Adoption of Russian children is forbidden to citizens of any foreign country that permits gay marriage. And legislation is now being considered that would permit the Russian government to remove gay people’s children from their homes. The Kremlin has chosen the LGBT community as its scapegoat in a populist campaign against supposedly decadent ‘Western’

values, and there are ominous signs of much worse to come. Violent attacks against Russian gays or suspected gays are more and more common. Videos of young LGBT people being taunted and tortured have been widely distributed on the Internet.”

Although he has become famous as a gay-porn star, Lucas told A Wider Bridge back in 2012 that he would like to use his famous name to promote social and political matters within the gay community, and it seems like he continues to do so; Earlier this week, on another subject, Lucas sent out an email to all of his contact list about a Facebook page called “Jewish Ritual Murder” that promotes the blood libel. “This is not one of those Internet rumors.You can go and see it for yourself, as I did,” he writes.

Lucas has reported the page to Facebook and got back a message saying that it didn’t violate their ‘Community Standards’ . “Obviously, I am outraged,” he says. “What makes it worse is that this is the third instance of anti-Semitism I have reported to them and the third time I have been blown off in response. I don’t want to believe that someone there might actually be running interference for Jew-haters.”

Lucas is calling all Facebook users: “If you have a Facebook account, please complain to them about this, and don’t let up. I have posted on my page about it and posted in or messaged every group or page I think might raise some noise with Facebook. I ask you to do the same, and get as many people involved as you can.”