After the wonderful victory of Neta Barzilai in the Eurovision Song Contest, Famous Israeli Drag artist Gil Naveh, AKA Galina for de Bra, reflects on Wigstock 1998, Israel’s own Stonewall moment, 20 years ago, when the police arrived with rubber gloves to stop the event. As Wigstock 2018 approaches on June 6, she looks at how far things have progressed. 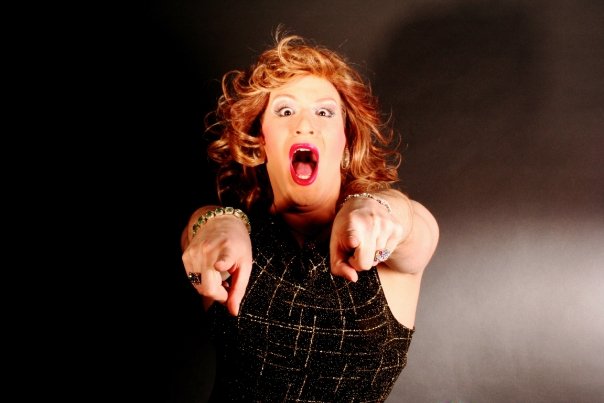 Wigstock 1998 was our turning point – as a community – from submission and fear to standing up for our pride. This year, in Wigstock 2018, although we certainly don’t encourage violence, we will continue to stand up for ourselves, to flip the finger to all those who think we have something to be ashamed of, and lead with sparkle and colors to equality, pride, love and safe sex.

While many of the veteran queens recall [Wigstock 1998] as the event that is considered to be the “Independence Day” of the LGBTQ community in Israel, and the young people can’t believe that police have dared to try to evacuate a community event wearing rubber gloves because of fear of AIDS, my friends and I find ourselves in some sort of strange intermediate generation of a sort.

Old enough to remember precisely what had happened, some of us were already out of the closet by then, but too young to be part of the event itself. We have seen with our own eyes the transformation that Israel has undergone in regards to the LGBTQ community – some of us even led significant stages in it. But we are still determined to re-experience the great events that we have seen from the side – and make a historic correction.

Back then, I was a ninth grade student at the Rene Cassin Junior High School in Jerusalem, already outside the closet more or less, riding an unprecedented massive wave of coming out of the closet that followed the victory of Dana International at the Eurovision Song Contest. I remember this boy, who looked enviously at the pictures in the newspaper, of the sparkly colorful characters, standing on stage in daylight, jumping over cars, screaming at policemen – that boy was standing a little taller in front of the idiot who bullied me at the entrance to the school every day. But I was also a little embarrassed when I read the reports of violence there; I was still a boy in a bubble. Two weeks later I went to a gay party in Jerusalem for the first time, where I came across a drag queen Diva D, already a Jerusalem a drag icon by then, and the art of drag was wrapped around my path of life forever.

But the glitter that colors nostalgia in pink can’t hide the fact that there has been and still remains a lot to correct about the attitude towards the LGBT community, towards the HIV/AIDS and even towards drag since 1998.

Whether you were there yourself, watched or weren’t even born in 1998, Wigstock 2018 to be held at Gan Meir on June 6 is not only an opportunity to mark 20 years of historic Wigstock, but also an opportunity to see how much we have grown up. True, it was the first time on a large scale that the LGBTQ community stood by its own and did not surrender to shame – even at the cost of violence. But nowadays it’s almost obvious. Is it? I’m not sure.

And indeed, nowadays it seems only natural that drag queens and drag kings will lead an event for the community, but this connection is not self-evident. Especially when it comes to the struggle against a disease that still, despite everything, causes the average Israeli more stigmas than information, more shame than common sense, and mainly serves as a sign of oppression of the LGBT community, especially gay, transgender and bisexual. This is mainly a “heavy issue” that no one has the strength to talk about logically.

And this is precisely where our place, the drag performers, comes – to awaken the mind and create conversation. With lightness, humor, colorfulness and a lot of talent. Because who can explain safe sex without embarrassment better than a drag queen? Who can say, shamelessly, that even if you are in a relationship you have to talk about condoms and blood tests? Who is more comfortable talking about open relationships other than a drag queen or king?

And this is something that hasn’t changed and probably never will: From the early days of the Wigstock in Israel in the 1990s, it wasn’t only the biggest drag event in Israel, but the drag queens who took part in the event chose to highlight the fight against HIV and the stigmas associated with the virus that could cause disease AIDS. From its very early days, the Wigstock was a big and colorful celebration in which everyone had a place, regardless of sexual orientation, gender identity, and health status.