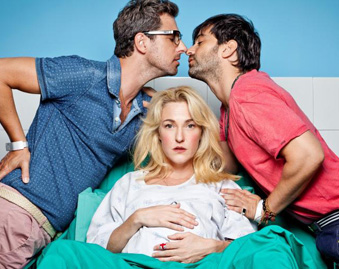 Israeli television is joining the trend of gay characters on prime time TV, and the recent production, titled ‘Ima and AbaZ’ (‘Mom and Dads’), starring Yehuda Levi, Iftach Klein and Maya Dagan, is about a gay couple who decides to bring a child into the world with the help of their best friend.

The controversial dramady was written by Avner Bernheimer, who wrote the acclaimed ‘Yossi & Jagger,’ with co-creator Ori Saly, a former editor-in-chief of Israel’s music channel, who’s been focusing on development of new shows over the last few years. It might not be a coincidence that Yehuda Levi plays one half of the gay couple, as he was also remembered for playing ‘Jagger ‘ in the 2002 Israeli drama. The new show gives Israelis a fresh new look at the term ‘family,’ and explores different kinds of families, including joint parenthood, the new family of the main characters of the show. One of the lead storylines is that these three people are trying to figure out what it is that turns them into a family: is it genetics? is it the fact that they all live together? is it their friendship and companionship? This question rises up over and over again as the tables turn on the “new normal.”

There’s no official air date for the show, which is already raved by critics and is dubbed ‘the show that will warm up your winter,’ but the official and star-studded premiere occurred earlier this week. During the interview that the stars of the show gave (all of them straights, by the way), they admitted that the Israeli gay slang (that combines Hebrew, Arabic and English) is something that sticks to their language even after they finish shooting. In an interview that co-star Maya Dagan gave to Israeli website ‘Walla!’ she said that she is so into it, that she should’ve being born a gay guy.

As part of being a controversial show, there is also some full-frontal-nudity, especially from Levi. “I don’t know how much they will show because I haven’t seen the final edit,” he says, “but the least I can say is that you’re going to see a nice looking Tunisian butt.”

Ifrach Klein, on the other hand, teased about the hot kissing scenes with Levi. “I told him ‘let’s do it the American way… [i.e. with no tounge],” he says, “but Yehuda wanted it the European way, so I had to give in.”

Stay tuned for more about ‘Mom and DadZ,’ starting this winter on Hot Cable TV in Israel 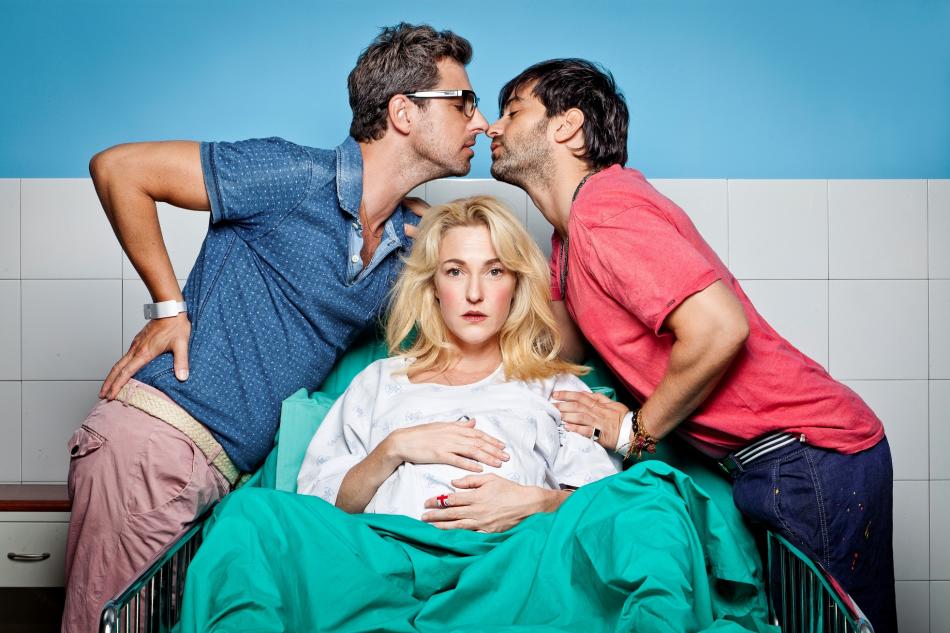