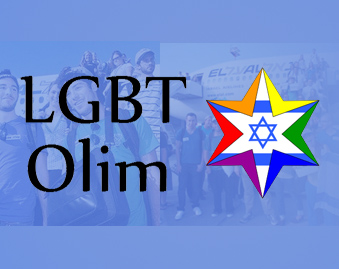 In 2013, there’s nothing better than Facebook to start your social connections. With a new great initiation in the form of a Facebook group, LGBT people who have made aliyah to Israel and still don’t know Hebrew very well can communicate with each other  and find new friends who’re going through more or less the same things and struggling with the same problems. All in English.

The mind behind the 2-week-old “LGBT Olim” (‘newcomers’) group is Roy Freeman, who moved to Israel from Australia and started the group after he felt that the Jewish Agency, which helps Jewish people move to Israel, is not sensitive enough towards LGBT people. “It took me a long while to settle in to my new life in Israel,” Freeman tells A Wider Bridge, “and even after completing ‘first grade’ at Ulpan (official Hebrew class for people who move to Israel), I was far from fluent in Hebrew. I realized that I am not the only one who has struggled to learn the language, yet the organizations that support the LGBT community here publicize almost everything purely in Hebrew and this prevents many of us from participating in most community events.”

Besides creating this new and exciting Facebook group, Roy is currently in talks with the Jewish Agency about creating a special new program that will be more helpful for LGBT people who come to live in Israel, a program that will be more involved with the Israeli LGBT community. “Sochnut, the Agency tasked with the job of helping new Olim settle in to Israeli society, does nothing to attract or support the LGBT community,” says Roy. “Having made Aliyah from Australia, I wasn’t told about Nefesh B’Nefesh or even about any of the LGBT organizations. I only discovered from friends at Ulpan that the Sochnut had a program called ConnecTLV for under-35 singles. Being slightly over their age limit, I thought I’d have a look at their Facebook page anyway, hoping to find events that might suit me, and was disappointed to see that they seemed focused mainly on helping single new Olim find husbands or wives.”

As for LGBT people who now plan to move to Israel- Roy says that the future looks brighter. “I’m asking newcomers not to be shy, to ask the Jewish Agency representatives about gay life in Israel,” he says. “I’ve been having conversations with the Agency to see what can be done to fill this gap and I’m working with them to come to Tel Aviv Pride to meet the LGBT community to see what services they need. Also, I’m involved with the Tel Aviv LGBT English-speakers group that holds two to three events per month. And the Facebook page really helps to connect LGBT newcomers together. ”