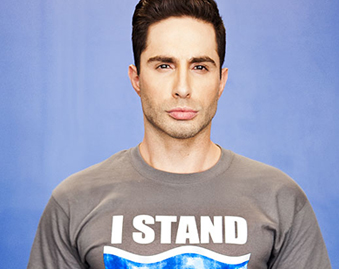 Lucas has frequently written op-eds on gay and social issues in Out magazine, The Advocate, The Huffington Post and Pink News, and over the past year and a half he’s released two documentaries, one about gay people in Israel, and the other about LGBT rights in Russia, both subjects really close to his heart.

“Why?,” Lucas continues. “Partly to be with my people during a difficult period for them. But also because I want to help show that Israel is still a completely viable and enjoyable travel destination, even during times of conflict. Everyday life there goes on. I was in Israel during the Lebanon war. It was safe. And I know that I will be safe this week, even while the Israel Defense Forces are bravely fighting terrorists in Gaza. That safety is exactly what Israel has always been fighting for. I invite anyone who supports Israel and its values to join me there.”

The letter is sealed with a photo of Michael, wearing a T shirt that reads “I Stand with Israel.”

So, if we don’t have the world’s support, at least we have the gay king of porn’s support, right?! It’s equally powerful. 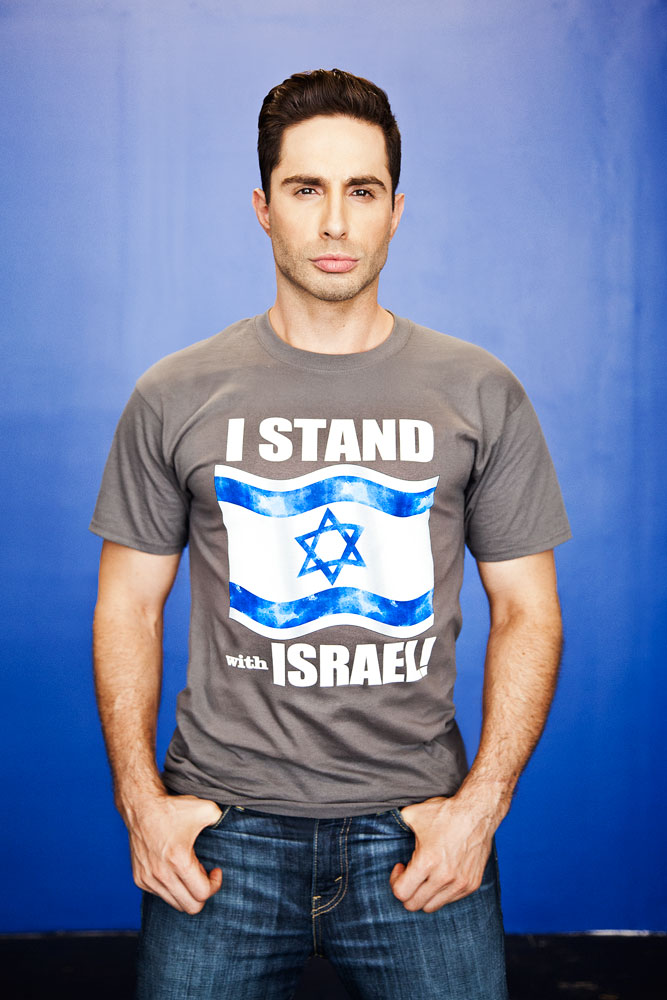