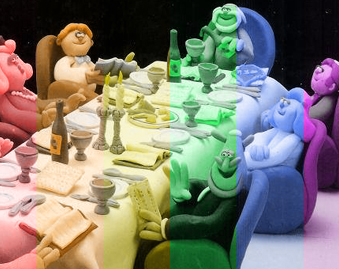 LGBT Jewish organization Keshet makes sure that you will be “queering your Seder” this Passover with a selection of LGBTQ haggadot and supplements that can be easily downloaded and brought to your seder table. 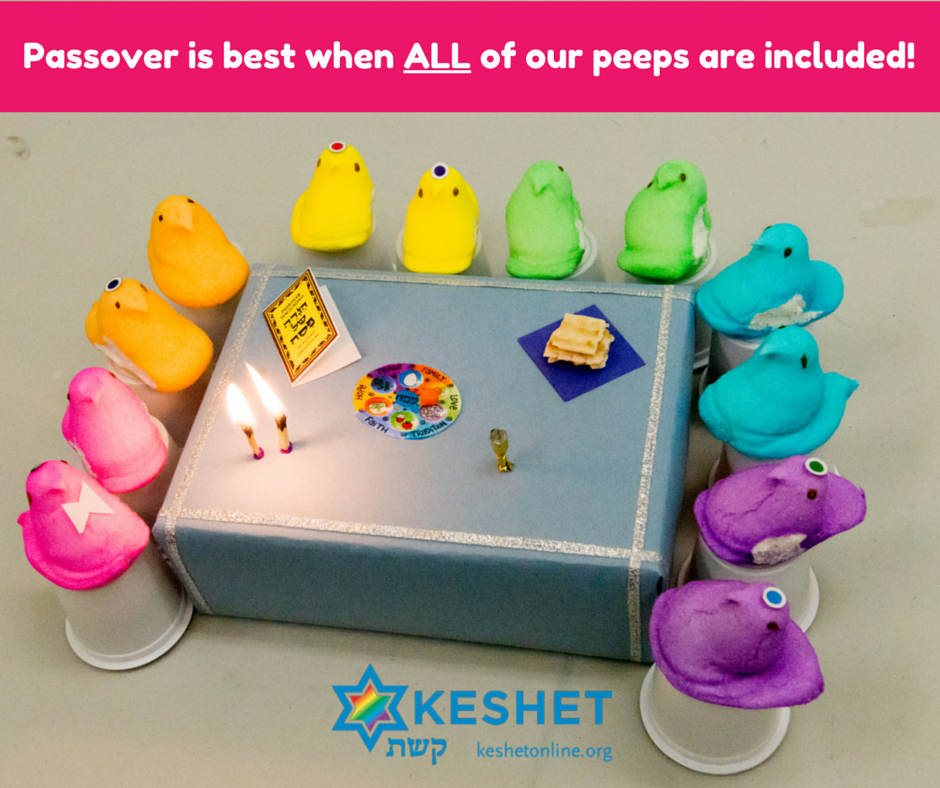 Four Allies | Four Questions: This haggadah supplement was created by the amazing moms who founded the Keshet Parent & Family Connection. A perfect way to discuss the important role of parents and families in making the Jewish community a home for all.

Arami Oved Avi: A Family Coming Out Journey: This family haggadah supplement offers everyone gathered around your Seder table the opportunity to consider how to pursue justice and liberation for LGBTQ people.

The Stonewall Seder is the result of several reinterpretations of a ritual originally designed for Gay and Lesbian Pride weekend. Now it’s a full seder, developed by a committee of laypeople at B’nai Jeshurun in New York City. Read the “user’s manual” and some historical background here.

Developed by JQ International in collaboration with Hebrew Union College’s Institute for Judaism & Sexual Orientation, the JQ International GLBT Passover Haggadah integrates LGBTQ Passover traditions within the spirit of the traditional Passover experience, including an LGBTQ-specific seder plate, the four LGBTQ children, the Prophetess Miriam’s Cup, and much more.

Rabbi Rachel Barenblat’s haggadah–also known as The Velveteen Rabbi’s Haggadah for Pesach–is a thorough resource all on its own, but as an “open source haggadah,” you, as a reader or participant, are encouraged to help write it anew each year by adding your own material. Check out the new edition for 2015!

Different from All Other Nights: A Queer Passover Haggadah: This haggadah is comprised of songs, blessings, and readings culled from several sources.

The Pride Freedom Seder Haggadah was created by members of Congregation Sha’ar Zahav in San Francisco. It offers participants ways of honoring and celebrating LGBTQ liberation and pride.

Check out Seder2015. It’s a beautiful new digital platform intended to “revitalize the Passover experience.” You can download haggadot, recipes, and more. And we’re really excited that our “Four Allies” haggadah insert is part of Seder2015.