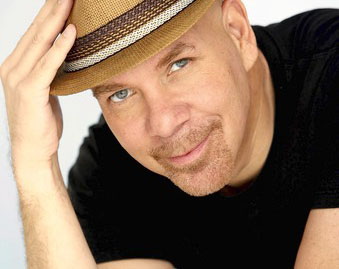 Broadcast journalist and host, ‘OUTTAKE VOICES,’ Charlotte Robinson, talked with Jason Stuart one of the most prolific character actors and an outrageous openly gay stand-up comedian.

Jason Stuart has been in over 175 films and TV shows and has performed in major LGBT events, the Montreal Comedy Festival, Broadway, Comedy Clubs and to 100,000 people at the Millennium March in Washington D.C.

Currently Jason’s in TANGERINE the breakout hit from this year’s Sundance Film Festival which was shot entirely on an iPhone 5S from filmmaker Sean Baker. Jason also just completed a dramatic supporting role as the plantation owner in Nat Turner’s biopic BIRTH OF A NATION from filmmaker Nate Parker who stars in the film along with Armie Hammer.

Recently as the National Co-Chair of the Screen Actors Guild-AFTRA LGBT Committee, Jason presented the first ever Transgender Actor Panel at OUTFEST with Alexandra Billings (TRANSPARENT) Mya Taylor (TANGERINE) and D’Lo (SENSE 8). I talked to Jason about his fabulous career and his spin on our LGBT issues.

Continue reading and listen to the interview on Huffington Post