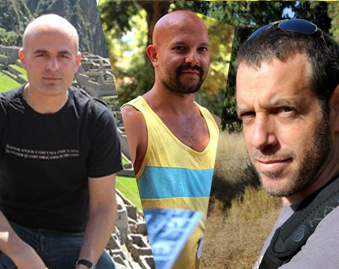 Judaism teaches us to eat with great intention. But that’s not the only reason why a group of gay Israelis have become vegan- and preach to their friends to join them.

Yaron Zvi, 40, grew up in south Tel Aviv, and came out of every possible closet. Being vegan for almost a year, he has started planning today to march in the next Tel Aviv Gay Pride with a vegetarian/vegan LGBT group. “I am one of the founders of a Hebrew group of Vegetarian and Vegan gays. Next year I plan to march in the gay pride parade with a group of gay vegetarians and vegans. I’ll of course need the engagement and help of friends. Forty years ago, we, the gays, were at the bottom and needed help and acceptance. Now, after we’ve lifted ourselves out of the closet, I personally expect us to show that we care for those who are weaker than we are.”

Omri Machlev, 27, from Petach Tikvah, came out of the butcher shop even before he came out of the closet. “When I told my mother that I was vegan she started to tell me that my mind had been brainwashed in Tel Aviv. Six months later her doctor told her she had to switch to a vegan diet due to health problems. Of course I’m not happy about her condition, but at least I managed to prove to her in the most personal and painful way that there’s a close relationship between health and nutrition. Maybe my brain was washed, but it eliminates the brainwashing that had been done to me since I was a child. There’s a famous picture of me standing behind a giant oily schnitzel pot that my aunt is holding. ”

Omer Shalev, 37, from Kochav Yair, says that the acceptance of his sexual preferances was easier than the acceptance of his becoming vegan, and he explains: “When I came out, my parents had this attitude of live and let live. With my crossing to vegan they have a problem, because I’m the kind of vegan who speaks and preaches. I confront them all the time, and try to change them. I live the activism. If I meet a couple of friends who have a dog, I will stop for a moment and ask them if their dog’s life is so different from the life of a chicken. How can it be that they can, with great compassion, take the dog out three times a day, and on the other hand not  feel anything for another animal that is being slaughtered? I think that the niceness attitude didn’t work. It just gave the impression that vegans are nice and cozy people, and it does not change the sad reality of mass murder.”

As opposed to Omer, Yaron speaks to his friends through the stomach. “I make vegan food, invite my friends over to eat, and make them admit it’s delicious,” he says. “I’m not good in clashes. If I have to confront someone I might be tackled, and only in retrospect I would know what to answer. I’m going with what I’m good at, and I’m good at cooking and smiling,” he reveals with a little bashfulness. “I Would like to expand the circle of vegan friends, because it’s important to me to characterize even my circle of friends as vegan.”

Confident voices that talk about becoming vegan loudly and proudly are increasing in the Israeli LGBT community, but there’s still a long way to go. “There is no doubt that the amount of vegan gays is growing significantly,” updates Shalev, who comes from a rich background of promoting goals within the gay community and promoting the Zionist Jewish immigration. “Maybe it happens because of the simple fact that by being gays, we don’t  do what everyone else does. Whenever we feel differently we act differently. Similarly, the sensitivity threshold to discrimination and injustices is closer to our hearts. On the other hand, we have our own personal struggle, with our sexual orientations and our closet, so often the bowl is too full to include more goals. Also, after having come out of the closet, some people celebrate the limitless freedom and “don’t anyone dare tell them how and what to do. ‘”

Machlev relates the struggle with becoming vegan as a healing potential within the community. “Our community- it’s difficult for me to see what it will turn out to be. It’s important to assimilate this subject especially in the gay community, in order to bring us back to our roots and to deep feelings, instead of only living from one party to another. Being vegan, according to the book World Peace Diet, is a great way to achieve divine goals, and on the day I start thinking of the murder of millions of animals, I would care less about how I look, what people will say and how the community will judge me.”

Shalev adds: “As a gay person, to connect to a place where I do something with passion, when I’m connected with a particular purpose which is not ‘gay-related’, it means to live and make a difference. After a week of activities to save the lives  of animals, I realize that I get to dance at a good party because I did something useful in  this world. ” 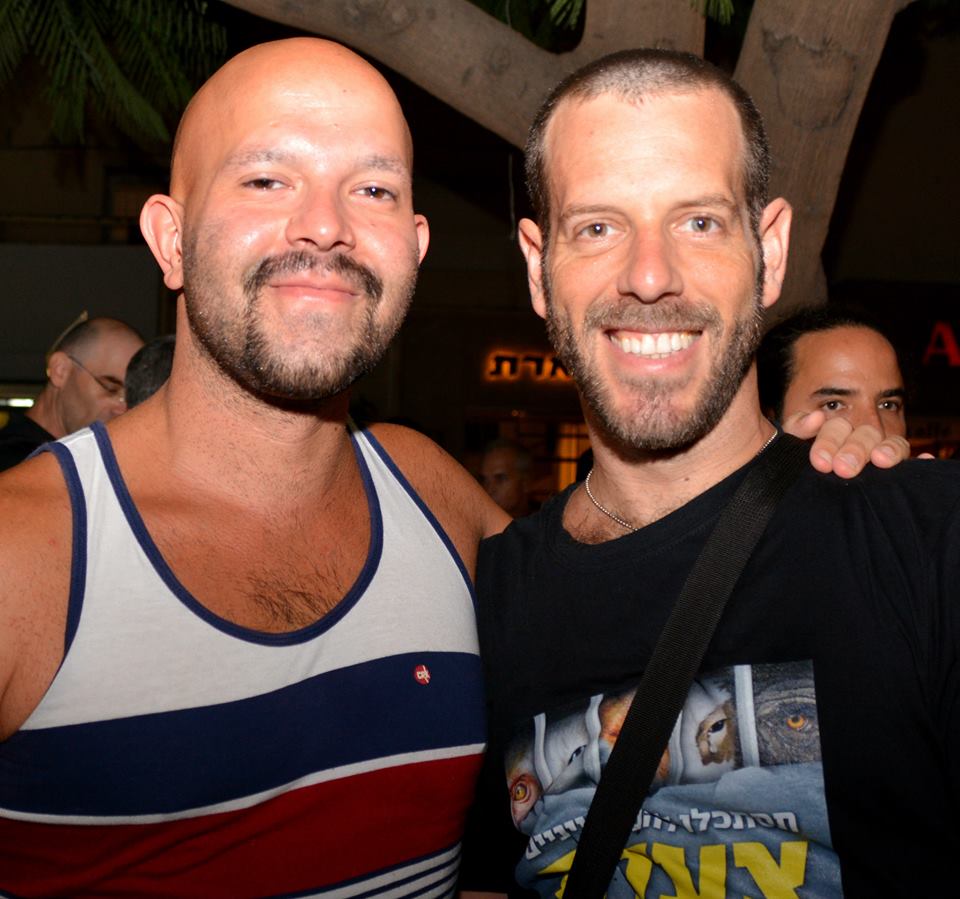 Omer Machlev (Left) and Omri Shalev at the rally for animal rights in Tel Aviv on August 24, 2013