In a formal ceremony, with the commander of the Yehuda & Shomron Devision on one side, and an FTM transgender boyfriend on the other, Miki Zaidel, who identifies as pansexual, became an IDF Major. 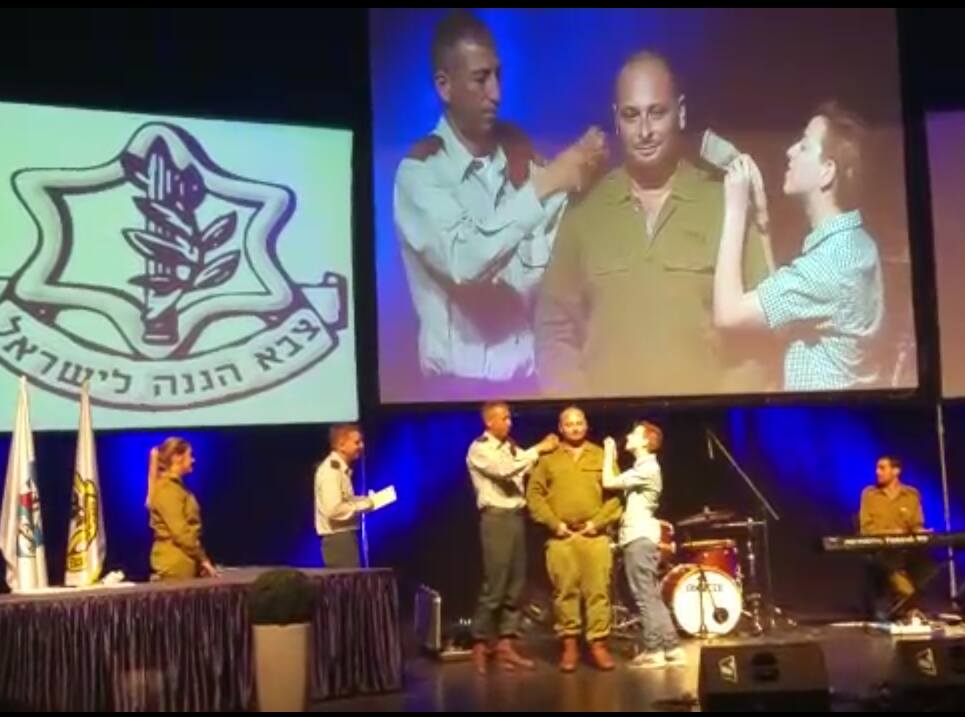 The degree awarding ceremony for military soldiers was held Monday in the Culture Hall in Ariel. Brigadier-General of Yehuda & Shomron division Lior Carmeli awards the degree on the soldiers’ right shoulder, and according to IDF tradition, the spouse puts the degree on the other shoulder.

Zaidel, a known LGBT activist who works with Hoshen and the Bi/Pan/Poly group, has been dating Adam Orbach, a transgender man, for over a year. According to Zaidel, there was no restraint from the IDF side at any point of the process. “At the rehearsal a commander asked me who was going on the stage with me. I said my [male] partner,” Zaidel says. “Then when the event started the same commander came to ask me if I was settled and whether my family was inside.”

Miki also says that Adam’s transgender identity wasn’t an issue at all. During the event, Orbach posted on Facebook an experience he was having, where he accidentally stepped on the foot of a little girl. “Mom, this man stepped on me,” the girl cried. “He didn’t mean to, plus he’s skinny so it will pass quickly” answered her mom.

Miki and Adam previously appeared together in the International Transgender Day of Visibility campaign “Look at Us” back in March, to help raise awareness for the difficulties experienced by the transgender community. They share their stories in order to maintain visibility for both the transgender and the Bi/Pan/Poly communities.