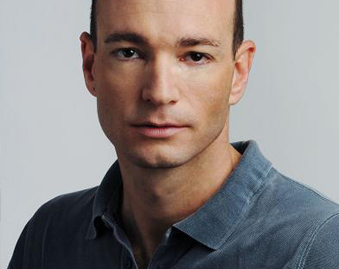 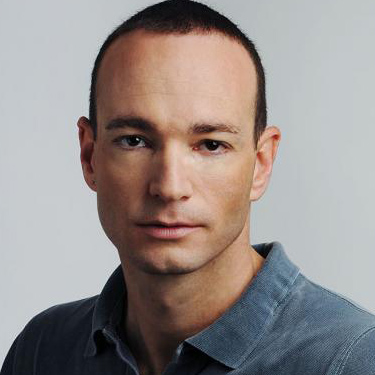 Etai Pinkas is a leader of the Israeli LGBT community. Pinkas served as chairman of the national LGBT task force in Israel and was a member of the Tel Aviv-Jaffa City Council and advises the mayor on LGBT affairs. Between 2004 and 2008 Pinkas served as board chairman for the Dan Region Association of Towns for Environmental Issues & Sewage. The last few years Pinkas is involved in the infrastructure consultancy business and is chairman of several public corporations.

Pinkas grew up in Herzliya and is a reserve army officer in the IDF holding the rank of captain. He has an LL.B in law from the Tel Aviv University Law School, as well as an MBA from the Herzliya Interdisciplinary Center, specializing in public policy. In 2005, Pinkas married his partner Yoav Arad as part of a public campaign to compel the state of Israel to recognize same-sex marriages. Their marriage was performed in Canada, the only country at that time which granted same-sex marriages to foreign citizens. Their request to have the marriage registered by the Interior Ministry was denied. However, in the end of 2006, the Supreme Court of Israel ruled the couple was, entitled to register their marriage in the Population Registry. In September 2010 the couple had twin girls, born via surrogacy in India.

From 2000 to 2002, Pinkas served as chair of the national LGBT association. However, prior to his becoming chairperson, the association was suffering an economic crisis. Under Pinkas’ leadership, the LGBT association experienced the most rapid period of growth in its history: three new LGBT chapters were established in Beersheba, Kiryat Shmona and Eilat, while media visibility and community involvement increased considerably. He also played an integral role in acquiring the newspaper Hazman Havarod (The Pink Times) for the association. Financially, Pinkas set up an internal system to recruit funding including an authorization for tax-free donations from both Israel and the United States. Through this process, Pinkas put the association on financially stable footing; it was able to payoff substantial amounts of debt.

In 2003, Pinkas was elected to the Tel Aviv-Jaffa City Council where he secured an allocation of the municipal budget to establish a cultural center for the LGBT community. The center, located in Meir Garden was officially launched as part of the 2008 Tel Aviv Pride festival. The LGBT center is the first in the world fully financed by the Tel Aviv municipality and operated by city employees. Pinkas today serves as the center’s chairman.

In 2006, Pinkas left Meretz for the Labor Party. “We are joining the Labor Party because of its social agenda. Labor’s advancements in social and educational issues have proven that this is our natural place. Meretz is talking only about the Geneva Initiative”. In June 2008, Pinkas was awarded the highest accolade in Israel’s environmental community – the “Green Globe” – for his work as chairperson of the Dan Region Association of Towns in transforming the association into a 100% recyclable organization. The “Green Globes” recognize the most significant pro-environmental advancement in Israel each year.

In 2010 Pinkas and his husband filed a precedential plea to the Israeli Supreme Court, asking it to obligate the Israeli Health Ministry to provide them surrogacy health services – the same services that all married couples in Israel are entitled of. In September 2010 the couple had twin girls, born via surrogacy in India. As a result of the plea to the Supreme Court, the Israeli Health Ministry has assembled a professional committee and on 2012 the committee published its recommendation to initiate a law reform that will allow gay couples to have children with surrogate women.

As chairman of the board for the Dan Region Association of Towns for Environmental Issues & Sewage, Haaretz magazine TheMarker named Pinkas one of the “100 most influential people in Israel” in its September 2006 issue. Under the category “Those Who Influence the Environment,” TheMarker explained: “For more than two years, Pinkas has been head of one of the prominent public infrastructure bodies in Israel. In this period he has promoted many projects that had been stalled for years: beginning to build the continental Sludge Treatment Factory of the Dan Region Association of Towns for Environmental Issues & Sewage and halting its emission into the Mediterranean Sea; progress toward establishing an Israel Sewage Expressway, progress on a sewage pipeline, upgrading the sewage infrastructures throughout The Gush Dan region, and adding new local authorities as clients to the company as Yehud, Beit Dagan, Lod etc.” In June 2008, Pinkas was awarded the “Green Globe” for his environmental work