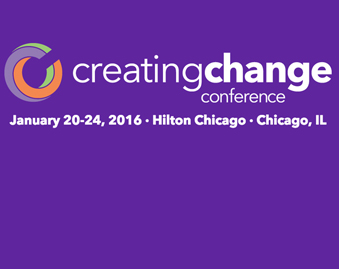 In the Days Ahead: #CreatingChangeNotHate

Our Reception has been reinstated at site of the Conference, in a room twice the size. a significant number of extremists, unsatisfied with their failures and with the Task Force’s commitment to full inclusion, are expected to disrupt our event Friday night.

Last week, the Task Force announced that it had canceled a A Wider Bridge’s LGBT Israel reception at its annual Creating Change conference. Headlining the evening were representatives from Jerusalem Open House, an LGBT community center that serves a diverse array of constituencies, Palestinians and Israeli Arabs among them.

Caving to pressure from a handful of anti-Israel extremists, the Task Force withdrew its sponsorship and kicked A Wider Bridge’s reception out of the conference.

After a mass mobilization, including a change.org petition (1400 + signatures), outreach to the press and statements by respected community leaders (a special thank you to Dana Beyer, Roberta Kaplan and Rep. Jared Polis, among others), and countless calls from the community to Task Force board members and directors,  The Task Force reversed their decision in a public apology, and A Wider Bridge released a subsequent statement thanking them for their inclusion. 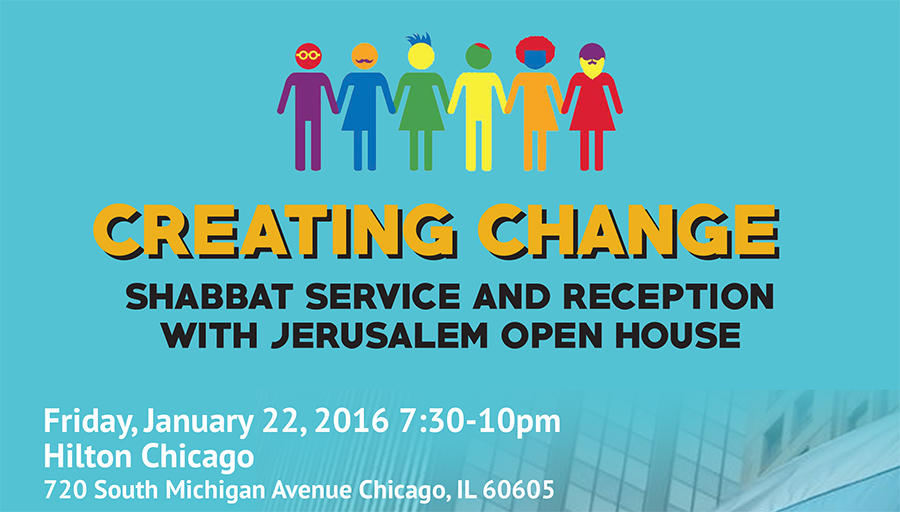 RELIGION ACTION CENTER OF REFORM JUDAISM: “On behalf of the Union for Reform Judaism, whose more than 900 congregations across North America encompass 1.5 million Reform Jews, and the Central Conference of American Rabbis (CCAR), whose membership includes more than 2,000 Reform rabbis, I write to commend you for your renewed commitment to holding a reception sponsored by A Wider Bridge and featuring the Jerusalem Open House at your convention this week.” read the full statement

NEW ISRAEL FUND: “The New Israel Fund thanks the organizers of Creating Change Conference for reversing course and reinstating the event sponsored by A Wider Bridge and featuring the activists from Jerusalem Open House. In acknowledging its error, the conference organizers bravely wrote that their venue will always be a safe space for inclusion and dialogue for people with often widely different views.” read the full statement

There should be room for Israel’s premiere #LGBTQ advocacy group in our community @rea_carey https://t.co/UAsPOuLGKn

MIKE QUIGLEY, CONGRESSMAN: “I am pleased that A Wider Bridge will be allowed to hold their reception at this week’s Creating Change conference in Chicago. It’s important to discuss homophobia, racism, transphobia, and other forms of bigotry within a very diverse population. As Vice-Chair of the Congressional LGBT Equality Caucus, I fully support hearing from all voices promoting LGBTQ rights.”

CREATING CHANGE CREATES BIAS https://t.co/JfprSFp9Kk via @AWiderBridge As a Jew, Zionist & lesbian, I can no longer support NGLTF Very sad

JAMES KIRCHICK, JOURNALIST: “As I write this, ISIS is hunting gay men to toss from the rooftops of Raqaa, and nearly 80 countries proscribe homosexuality. Yet for a 36-hour period earlier this week, the National LGBTQ Task Force chose to ally itself not with the one country in the Middle East that guarantees and protects the human rights of LGBTQ people, but with those who hang them from construction cranes.” read the full article
.